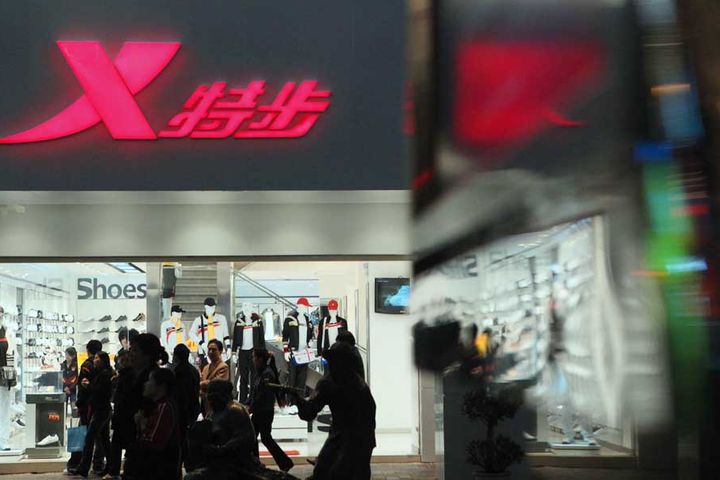 The deal will cost around KRW300 billion (USD270 million) and a preliminary  agreement is likely to be concluded before the end of this month, the  online outlet reported Korean media sources as saying.

Fujian-based Xtep is yet to respond to the report.

Xtep finished a new share placement earlier this month, raising around  HKD1.4 billion (USD178.5 million) without saying how it plans to use the  funds. The firm's board of directors is exploring and evaluating  several opportunities for acquisitions but no agreements have been  signed, according to a statement on April 10.

The company did stress that it aims to "expand from a single-brand firm to a multiple-brand group."

K-Swiss  is a sports-shoemaker based in California and is known for making the  world's first pair of all-leather tennis shoes. It now focuses on sports  fields such as running, body-building, triathlon and tennis and casual  wear.

E-Land Group bought the brand for USD170  million in January 2013. The group has sold off assets amid a rising  debt ratio in recent years, and K-Swiss is on the list of cuts. The  group started looking for a buyer in 2017, and a rumor emerged in  January that a Chinese suitor may be in talks about a deal.