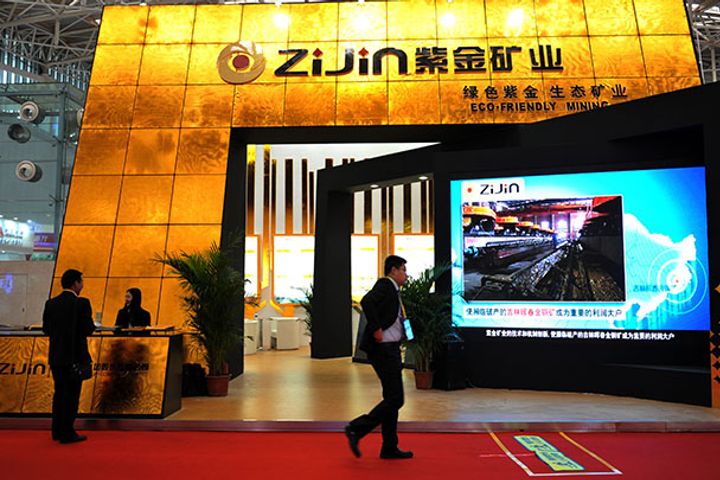 The parties signed the deal yesterday, Xiamen-based Zijin said in a statement the same day. A wholly owned unit will buy all of Vancouver-based Nevsun's 302.6 million shares outstanding and other equity for CAD6 (USD4.60) apiece, representing a 21 percent premium on the Sept. 4 closing price.

The offer price is also 26 percent higher than the CAD4.75 a share Toronto-based Lundin Mining proposed in a hostile takeover bid launched on July 26, which Nevsun fended off, the statement added.

Zijin International Finance, run by the Chinese miner's affiliate, already holds over 3.19 million shares in Nevsun, meaning the offer totals CAD1.84 billion exclusive of these, the statement added. The share transfer is set for November after all the deal's conditions are satisfied. The agreement also contains a lock-up clause on shares held by Nevsun's directors and management.

If Nevsun ultimately accepts an offer from another firm, it will pay a USD50 million penalty to Zijin under the agreement. But if the Chinese government withholds approval and the deal fails to wrap up by Jan. 31, Zijin will pay Nevsun USD50 million.

Nevsun Resources trades on the Toronto [TSX:NSU] and New York [NYSE:NSU] stock exchanges. The miner explores for and develops copper, zinc, gold and other mineral resources. Its two flagship projects are the Bisha zinc-copper project in Eritrea, of which it owns 60 percent, and the Timok Project, a high-grade copper-gold development in Serbia. It boasts a total of 27 exploration rights in Serbia, Macedonia and Eritrea, the statement said.

The Bisha copper-zinc mine, Nevsun's only operational project, has limited profitability. The company's profitability will improve as soon as the Timok copper-gold mine is put into production, the statement added.

Zijin Mining has been active in acquiring overseas resources. The Serbian government will issue formal confirmation letters and invitations to the firm, which is expected to invest in the Serbian state-owned copper mine RTB Bor Group and become its new controlling shareholder, it announced earlier this week.