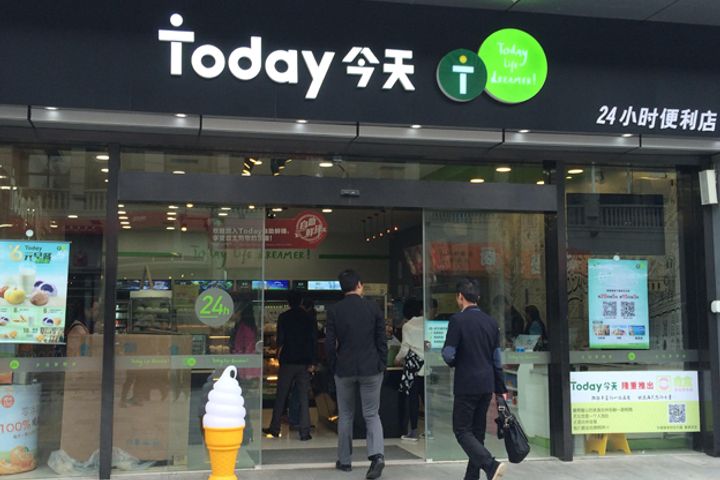 (Yicai Global) Nov. 20 -- Today, a Chinese 24-hour convenience store brand, has completed its series B financing round, which was led by ChinaEquity Group Inc. (CEG) and backed by Sequoia Capital Operations LLC, who led its series A round.

While Today did not reveal the amount raised or its valuation after the round, insiders told 36kr that the group brought in more than USD30.3 million (CNY200 million) and the company's latest valuation is more than CNY2 billion. Today had its A round in 2008 and its A+ round in 2015.

Today will use funds pooled in this round to improve supply chains and build retail cloud platforms, said founder Song Yingchun. The business plans to expand nationwide in the next two or three years from its hub in the city of Wuhan in Hubei province.

Founded in 2008, Wuhan Today Mengxiang Commercial and Trading Co. operates Today's nearly 300 shops, 250 of which are in Wuhan. The number of Today locations has risen threefold in the past two years. The enterprise's sales growth has more than doubled in the last year, while its Wuhan shops registered average daily turnover of more than CNY12,000 and a gross profit margin of more than 30 percent, higher than that of first-tier convenience store brands.