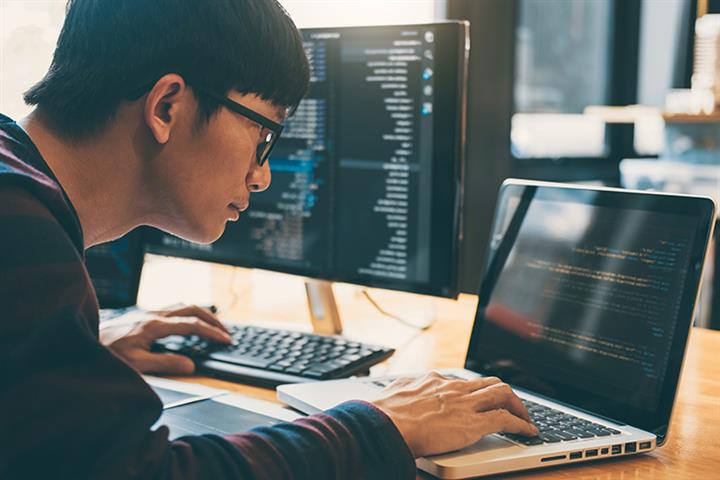 (Yicai Global) May 26 -- Almost a quarter of the thousands of small businesses and new app creators from around the world who joined Apple’s App Store last year come from China, the US tech giant said today. And revenue for these individuals and small teams is growing rapidly.

Apple has five million developers in China, up from 4.4 million last year, and accounting for 16 percent of its global total, Apple said in the run up to its annual Worldwide Developers Conference.

The revenue of small developers, who are classed as those with earnings under USD1 million and with less than one million downloads a year, have seen their earnings double over the past two years, more than twice the growth rate of large teams, Apple said, citing an independent research report from US economic consulting firm Analysis Group. Those from China saw their earnings jump 94 percent from 2019.

The five-person team at Hangzhou-based Miidii Tech, for example, has launched 10 apps so far, including the highly successful Off Screen, which helps users manage their screen time and has racked up over two million downloads so far.

“Off Screen was downloaded more than 100,000 times on the day when it was recommended by the App Store’s ‘Today’ tab, which brought in considerable revenue,” said Liu Yi, one of the founders. Seventy percent of Off Screen’s users are overseas, he added.

Wang Weidong, who became an Apple app creator three years ago, developed the bookkeeping app Pixiu. It was meant for Chinese people to keep accounts, but it became very popular abroad, especially among overseas Chinese, The Paper reported.

Wang, who comes from Fuzhou, southeastern Fujian province, had over 100,000 users as of last month. “Income has been on the rise since the beginning of the year and I am earning much more than most office workers,” Wang said.

The Worldwide Developers Conference will kick off online at 1 a.m. Beijing time on June 7 and will last five days.