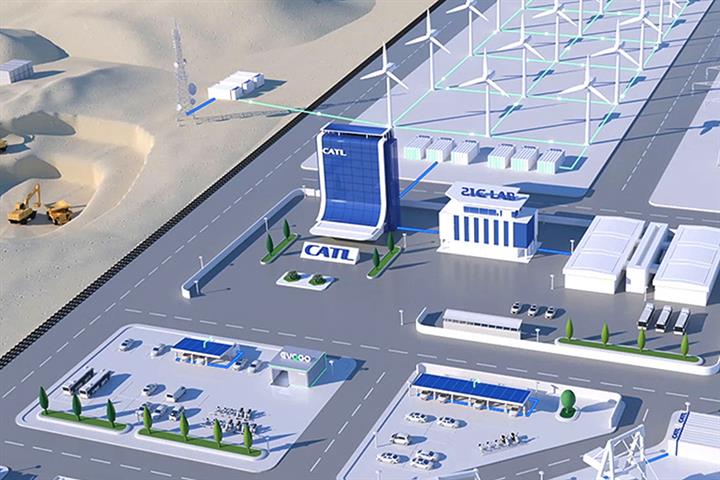 (Yicai Global) Sept. 29 -- China’s Contemporary Amperex Technology plans to build a CNY14 billion (USD2 billion) factory in Henan province, marking the third time that the battery giant has announced a capacity expansion plan in the second half of this year.

The new manufacturing base will take up to 36 months to build in the city of Luoyang, the Ningde-based company said in a statement yesterday, without disclosing the plant's annual capacity.

CATL said in May that it expects to raise production capacity to 670 gigawatt-hours per year before 2025. In July, the firm subsequently announced it will invest CNY14 billion in a new factory in Jining, Shangdong province, and last month said it will build a new plant in Hungary at a cost of EUR7.3 billion (USD7.1 billion).

CATL said annual global shipments of power and energy storage batteries will soon reach the terawatt-hours threshold, so investment in new manufacturing capacity will help the company to meet demand from the new energy sector and ensure the timely delivery of orders.

Surging demand has prompted battery makers to expand production capacity. Between January and August, China's power battery output soared 172 percent to 303.8 GWh from a year earlier, with installed capacity up 112 percent at 162.1 GWh, according to data from the China Automotive Power Battery Industry Innovation Alliance.