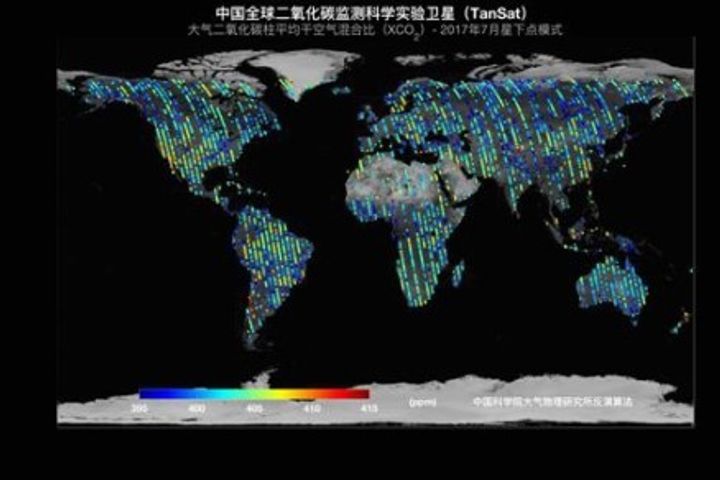 (Yicai Global) Feb. 5 -- The Institute of Atmospheric Physics of the Chinese Academy of Sciences released the first global carbon dioxide distribution diagram ever produced by a Chinese carbon satellite at the recent annual conference of the Group on Earth Observations, or GEO, a move that means the Chinese carbon satellite will supply data for research into climate change, the Academy reported on its website.

Major foreign research agencies such as the US National Aeronautics and Space Administration, Japan Aerospace Exploration Agency and European Space Agency have shown great interest in the diagram. The satellite was launched into orbit from the Jiuquan Satellite Launch Center on Dec. 22, 2016, as the world's third satellite with high-precision greenhouse gas detection capabilities. The first two carbon satellites of this kind, GOSAT and OCO-2, were developed by Japan and the US.

Dr. Yang Dongxu, a core member of the research team at the institute, developed the inversion algorithm, known as Institute of Atmospheric Physics Carbon dioxide retrieval Algorithm for Satellite observation (IAPCAS), and a fast vector radiative transfer calculation method, which significantly improves computing efficiency and ensures a high level of precision at the same time. The team used the algorithm to analyze carbon dioxide monitoring data captured by the satellite and created the global CO2 distribution diagram.