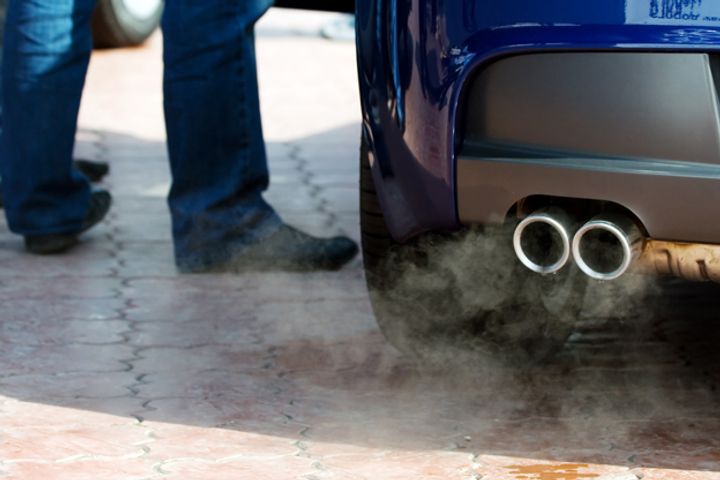 (Yicai Global) May 21 -- Stricter vehicle emission standards will be enforced in major Chinese cities from July, so automakers such as SAIC Volkswagen, Geely and BYD have begun selling to employees at up to half price in order to slash inventories of cars that fail to meet the new criteria.

Beijing plans to enforce the Sixth Stage National Vehicle Emission Standards, supposedly the world's toughest, on July 1 next year. But big cities, including Beijing, Shenzhen, Guangzhou and Shanghai, intend to implement them this July 1. More than 20 provinces and cities have followed suit, announcing plans to launch the new standards ahead of schedule.

Amid a sluggish auto market and the early advent of these standards, carmakers have begun selling vehicles that don't meet the new standards to their employees at discount to thin their stocks.

"This move is equal to a subsidy to employees and is likely to reduce automakers' inventory of vehicles that don't meet the new standards," a SAIC Volkswagen insider told Yicai Global, revealing that the firm's policies now allow staff to buy at a 30 percent to 40 percent discount. Some models are even being sold at half price.

Strict conditions have been set for SAIC Volkswagen staff to buy cars at discount so that dealers are not impacted, the insider said. One employee can buy just one vehicle and only employees or their immediate family members can take advantage of the offer. Buyers who violate the terms will be deprived of the subsidy.

SAIC General Motors is also subsidizing sales of vehicles that do not meet the forthcoming requirements, but its support is different from SAIC Volkswagen's and does not have a restriction on the buyer's identity. Employees, their relatives and friends can make purchases. Geely Automobile Holdings, First Automobile Works Group, China Chang'an Automobile Group and BYD Auto are also offering deals to their employees, Yicai Global learned.

"The market has a large inventory of vehicles that don't meet the new standards, and consumers are less likely to buy such autos when models meeting the new standards appear on the market," Roland Berger's global partner Gang Yinliang told Yicai Global. "So producers have come up with the idea of selling such cars to their employees."

"We've no clients visiting our showroom," a general manager at a major dealership in Jiangsu province revealed. He is pessimistic about selling models that will not come up to scratch. Vehicles will be not allowed to apply for licenses after June 30 in cities where the new standards are implemented ahead of schedule. This is likely to force dealers that do not perform well into bankruptcy, he added.

Many dealers in the central Chinese city of Chongqing are also gloomy. Dealers maintain high inventories, the Chongqing Automobile Business Association said in a survey report, suggesting authorities allow a longer period for vehicles that don't meet the new standards to apply for licenses. Twelve local dealers have jointly proposed that Chongqing postpone their implementation.

The auto market has been in continuous decline over the past few months, which has piled the pressure on dealers, the head of one Shanghai outlet said. It is a huge challenge to shift sub-standard vehicles held in stock in just a month, he added.

"It is hard to sell these cars even at discounts because the main engine makers and dealers have such a large inventory," Lang Xuehong, deputy secretary general of the China Automobile Dealers Association, told Yicai Global.

"China's sixth-stage standards are stricter than even the existing ones in Europe," said Prof. Yin Chengliang, director of Shanghai Jiaotong University's Automobile Conservation Technology Institute. He believes that as an emerging market, China will feel the pinch when implementing the emission standards.