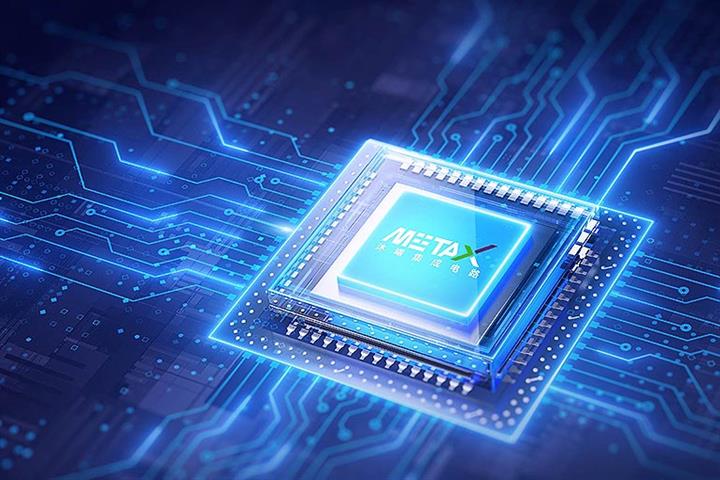 (Yicai Global) Aug. 25 -- MetaX Integrated Circuits, a Chinese graphics processing unit design startup that has raised billions of yuan in financing after being set up last September, has closed its CNY1 billion (USD153.8 million) Series A round of funding, led by two state-owned equity investment platforms.

The latest fundraiser was jointly led by the China Structural Reform Fund and China Internet Investment Fund, the Shanghai-based company announced on its website today. Existing shareholders, including Lightspeed China Partners, continued to invest in the firm.

The proceeds of the fundraiser will further support MetaX's research and development of high-performance graphics processing units, said the company.

MetaX, which was established in the Lingang Special Area of Shanghai’s Free Trade Zone, is in the business of high-performance GPU processors which are used to be associated with gaming but are now being used in artificial intelligence and cloud computing.

The GPU sector is currently dominated by global giants such as Nvidia and Advanced Micro Devices as the field entails major technological hurdles and a high engineering threshold, said MetaX. Making domestic high-performance GPUs is of great significance to the development of China's integrated circuit industry, it added.

MetaX is up for the challenge. Founder and Chief Executive Chen Weiliang and the core team worked for American chip giant AMD for years before MetaX. At present, the startup has more than 300 employees, over 80 percent of which work in R&D, according to the website.

Since its establishment, MetaX has secured billions of yuan in four rounds of financing, including an angel round. In addition to the investors mentioned above, well-known venture capital institutions such as Sequoia China and Matrix Partners China are among MetaX's major investors.