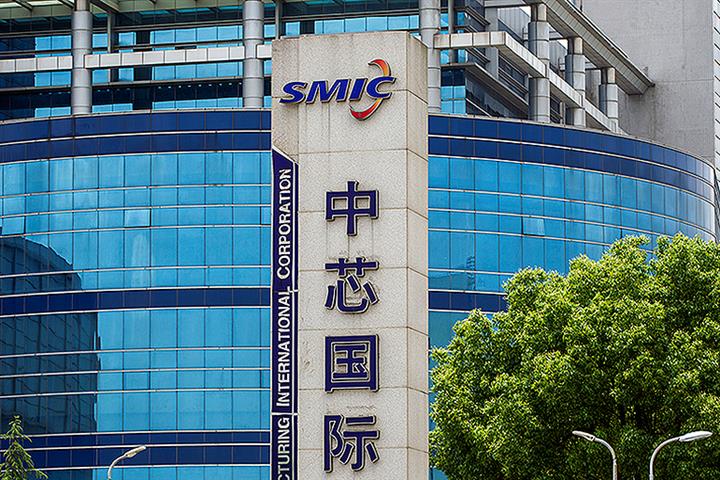 (Yicai Global) Nov. 12 -- Semiconductor Manufacturing International Corp.’s net profit more than doubled in the third quarter from the same period last year to hit a new quarterly high of USD256 million. The Chinese chip-making giant enters the fourth quarter under the cloud of new US trade restrictions but has said that they ‘are controllable.’

The Shanghai-based chipmaker’s revenue for the three months ended Sept. 30 was up 32.6 percent to USD1.1 billion, also a new record, according to the firm’s quarterly earnings report released yesterday.

So far, it has been a very good year for the firm. In the first three quarters, profit was up over two-and-a-half times year on year to CNY3.1 billion (USD467.6 million). Revenue gained 30.2 percent to CNY20.8 billion (USD3.1 billion). The firm has revised upward its expectations for the year to a 25 percent jump in revenue from 23 percent.

In late September, the US Department of Commerce prohibited US firms from working with SMIC on the grounds that there was a risk of exports to the chipmaker being used by the Chinese military. US companies must now apply for a special export license in order to supply SMIC with their software and hardware, a move which could cut SMIC off from key suppliers.

US sanctions will have a short-term impact on the firm’s operations, but they are controllable, said Chief Financial Officer Gao Yonggang. SMIC continues to negotiate with suppliers, clients and other organizations to evaluate the impact of the US trade bans on the company’s operations, he added.

The firm has started preliminary negotiations with the Bureau of Industry and Security under the US Department of Commerce regarding the export sanctions, SMIC said on Oct. 4.