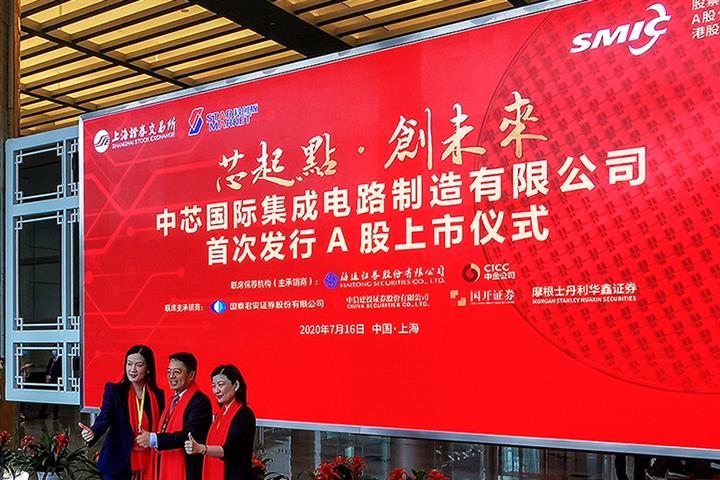 The worldwide push to develop fifth-generation mobile networks and the Internet of Things is driving up demand in the semiconductor field, Chairman and Executive Director Zhou Zixue said on July 6.

The Star Market listing is part of a much-heralded welcoming home of so-called ‘concept stocks,’ or Chinese companies that are listed abroad. In May last year SMIC delisted from the Nasdaq and New York stock exchanges, citing low trade volumes and its objection to the blacklisting of telecoms giant Huawei Technologies by the US government. SMIC remains listed on the Hong Kong bourse.

SMIC’s secondary listing will most probably encourage other Hong Kong-listed semiconductor firms to also float on the mainland stock markets, analysts said. Chinese chipmakers that have listed in Hong Kong have low trading volumes due to a dearth of foreign investors. Their market value will rise if they list on the mainland, which will greatly help their financing.

SMIC plans to use around 40 percent of the funds raised to upgrade its 12-inch chip SN1 project, which mainly develops and mass produces the firm’s 14-nanometer or below technologies, to 35,000 chips a month from the current 6,000, the Shanghai-based firm said in its prospectus.

As of the close of markets yesterday, the most valuable semiconductor firms listed on the mainland stock markets were Shanghai-based Will Semiconductor with a market value of CNY199.1 billion (USD28.5 billion), LONGi Green Energy Technology with CNY183.5 billion and Advanced Micro-Fabrication Equipment China with CNY143.3 billion, according to financial data provider Wind Information.

SMIC ranked fifth among global semiconductor foundries in terms of market share in the first quarter, with 4.5 percent, according to market survey agency Topology Research. It still lags far behind rival Taiwan Semiconductor Manufacturing Company in its product mix. SMIC’s 14-nanometer wafer shipment contributed less than 10 percent of the firm’s total operating revenue in the first quarter, while TSMC’s more advanced 7-nm wafer shipment took up 35 percent of its total sales and the 16-nm wafer made up 19 percent.