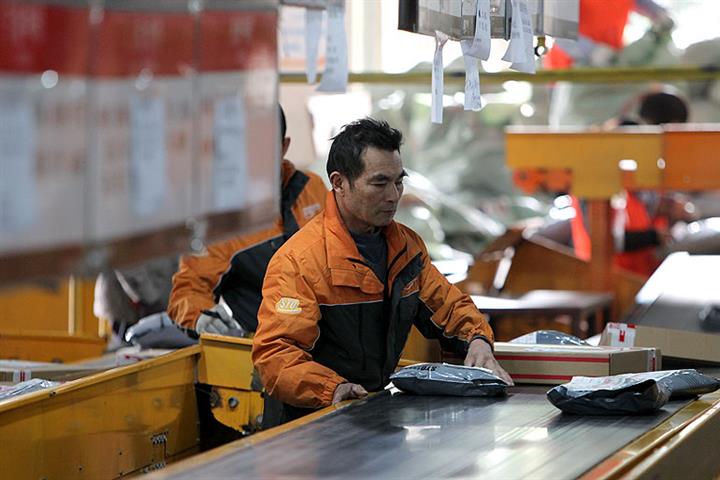 (Yicai Global) April 29 -- Chinese logistics provider Shentong Express saw profit shrivel four and a half times in the first quarter from the same period last year to run up a deficit, as fierce competition forces market players to slash prices and invest heavily to expand capacity.

The Shanghai-based courier firm, also known as STO Express, logged losses of CNY90 million (USD13.9 million) in the three months ended March 31, a big turnaround from the profit of CNY58 million it made a year earlier, according to the company’s latest earnings report released yesterday. Revenue, though, jumped 47.28 percent to CNY5.3 billion (USD813.2 million).

The average amount made per delivery shrivelled 27.65 percent to CNY2.25 (USD0.35), STO Express said, adding that this is the biggest slash in profits it has ever implemented.

Other competitors suffered a similar fate. SF Holding’s profit per package dwindled 12.12 percent year on year to CNY15.72 (USD2.43) and it reportedly lost over ten times the amount that STO Express did at CNY989 million (USD152.9 million).

STO Express said earlier this month that it would invest heavily to expand capacity, but its business volume did not meet expectations, resulting in greater costs. Expenses in the first quarter jumped 50.6 percent from a year earlier to CNY5.1 billion (USD788 million) and finance-related ones surged nearly five-fold to CNY27.6 million (USD4.2 million) as the firm borrowed more money.