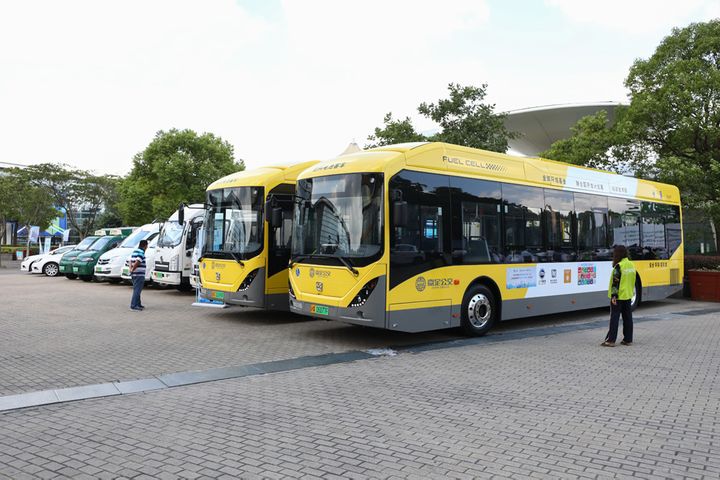 The batteries installed on these new energy transports give them a 300 kilometer-plus per charge driving range, explained Zhao Qingzhen, a Sunwin engineer. The 8.6-meter long buses also come equipped with an interior real-time monitoring system.

China became the first country to embark on the new mass-transit form in earnest when it deployed the first full battery e-buses at the Beijing Olympic Games in 2008, online Malaysia-based trade magazine Truck and Bus News reported. It is now firmly in the global driver's seat. The country had 421,000 of the light carbon-tread mark conveyances as of May, Bloomberg reported, in contrast to the US, which had 300. Around 425,000 e-buses plied the streets of the world's cities last year, of which 99 percent were in China, according to the online news portal Citylab.

This batch of vehicles arrived in Colombia at the start of this month after being loaded aboard ship in Shanghai at the end of July.

The city, southwest Colombia's commercial hub, plans to introduce more than 300 electric buses through public bidding before the end of this year, its Mayor Norman Maurice Armitage said at the launch ceremony. Armitage hopes more Chinese companies will join in the bidding, he said.

The South American nation passed a law to address air pollution and other issues in July this year, setting a minimum 30 percent proportion of electric buses each year in all cities' public transportation system procurements.

Shanghai Sunwin Bus was founded jointly by SAIC Motor, Volvo China Investment and Volvo Buses in 2000, with a total investment of USD97 million and a registered capital of USD54.2 million. Chinese and overseas investors hold half shares in the joint venture.