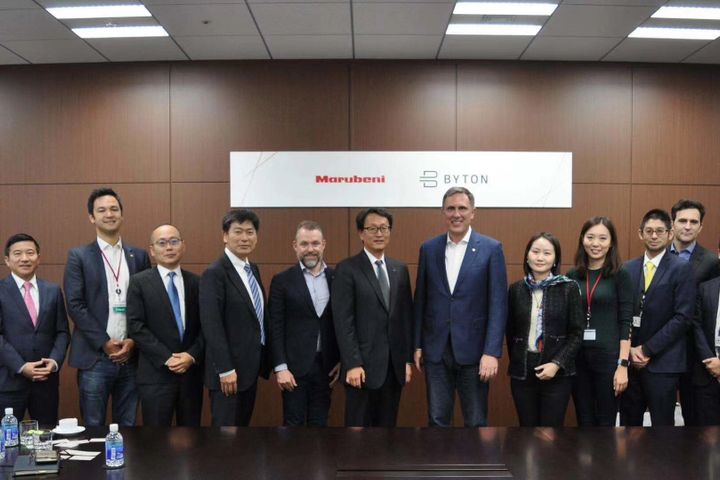 (Yicai Global) Dec. 6 -- Byton Automotive has added Japanese conglomerate Marubeni to its roster of C-round investors as the Chinese electric carmaker struggles to add an extra USD500 million to its coffers.

The Nanjing-based firm also plans to cooperate with Marubeni, which has headquarters in Tokyo and Osaka, on energy solutions, travel services and overseas production, it said in a statement.

Byton had planned to complete its C series by the middle of this year but has yet to hit its funding target. Existing backers include state-owned automaker FAW Group and Korean parts manufacturer Myoung Shin, which signed on in September and agreed to help Byton with production, sales and its supply chain.

Many new Chinese carmakers have been struggling to raise funds this year after the world's largest auto market declined for the first time in two decades in 2018, forcing several, including Byton and Singulato, to turn to overseas investors. Singulato recently picked up USD100 million from Japanese conglomerate Itochu, according to Reuters.

Byton intends to start making its cars overseas using the complete knockdown method once it has secured enough capital, founder Daniel Kirchert said. This involves disassembling cars at home and then reassembling them abroad.