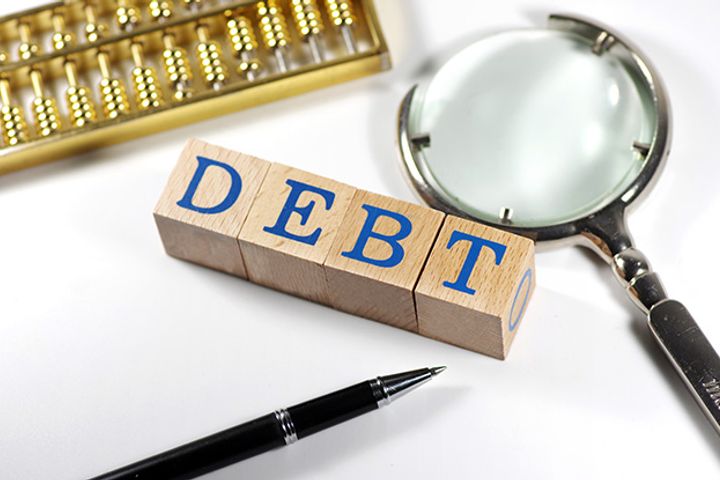 (Yicai Global) Sept. 28 -- China's corporate bond defaults have totaled more than CNY49 billion (USD7 billion) so far this quarter, almost doubling the amount of nonpayment in the first half.

Some 22 companies defaulted on 48 bonds between the beginning of June and Sept. 26, public data shows. Figures from researcher Wind show that there were 28 defaults in the first half on bonds worth over CNY28 billion.

Among the most recent nonpayers is Xinguang Group, which bailed on two bonds on Sept. 25 with total principal and interest tallying CNY3 billion, and three other companies that defaulted on bonds the same day. Investment company Gangtai Group also flunked on a CNY500 million (USD73 million) bond on Sept. 26.

The types of companies defaulting are typically the same as those that did so in the first half -- non-state and listed companies. Only six publicly traded companies have defaulted on bonds so far this quarter, but their unpaid debts make up almost CNY22 billion of the total. Barely a handful of the defaulters have been state-owned enterprises.

"Companies with a high ratio of debt financing and whose income from investments cannot cover their debts have become the main victims of the government's deleveraging policy," a senior executive at a South China joint-stock bank told Yicai Global.

"These firms use the same expansion methods. They use debt financing to acquire large assets, and then rely on those assets to increase their corporate value and get more debt financing," he added, saying their growth is the result of continuously rising borrowing. They will eventually default on that debt when market downturns shrink their value, he said.

It is still difficult for private enterprises to get funding, the executive continued, saying companies that default on bonds tend to have excessive debts, an unreasonable asset structure and high debt risks.

So banks prefer to give credit to state-owned enterprises, supply chain companies and firms with technological advantages and solid cash flow, he said.

Huang Hannian, chief innovation officer at Shenzhen Pro-Hifu Medical Tech, admitted to Yicai Global that this has been a problem for his company. When leading his company's C-round funding, he found that many investment institutions either had no money to spend in the second half of the year, or were extremely cautious with their cash.

"There have been many traps in the equity investment market over the past few years, and now investors are more sensible and follow trends," Huang said. Banks typically extend credit equal to a company's quarterly sales, and for him that is about CNY20 million (USD2.9 million), he added, saying this is not enough for innovative companies to improve research capabilities and production capacity.

Huang believes the banks are short of money, too. They need collateral from borrowers, he said, but his company has no real estate and that belonging to shareholders is unavailable because the equity is quite dispersed. Financing through intellectual property is also tough, only a few million yuan can be loaned with a dozen patents and that does not make much of a difference, he added.

The banking executive agreed that, although they are encouraged to support private enterprises, banks do not have enough money. The central bank has invested about CNY800 million (USD116 million) in the open market since July, but interbank lending rates keep rising, he added.