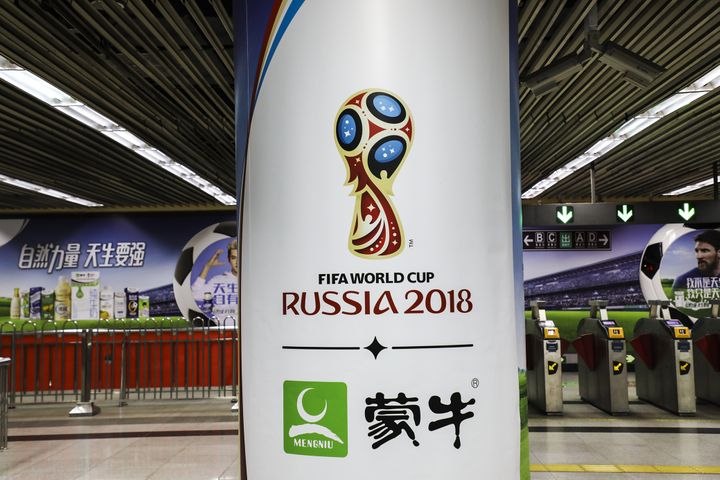 (Yicai Global) June 26 -- The number of Chinese sponsors has seven-folded in this year's FIFA World Cup in Russia as more and more firms look to leverage the overseas marketing opportunity.

Chinese companies, including Wanda Group, Mengniu Dairy, Hisense, and Vivo, have invested up to CNY5.4 billion (USD824 million) in advertising during the event, which covers around one-third of global firms' total input, over twice that of American companies, and even USD64 million higher than that of the host, data from market researchers show.

Only in China, over one billion fans can be watching a live broadcast of the World Cup, so those billboards on the sidelines and other marketing will help sponsors expose their brands hundreds of millions of times, Zhu Yue, executive director of China Insights Consultancy told Yicai Global.

Official sponsors such as TV maker Hisense and entertainment conglomerate Wanda are actively expanding their businesses in overseas markets, while turning the event into a vital chance for raising global brand awareness, Zhu said.

Hisense once sponsored the 2016 World Cup, and its overseas turnovers that year increased 23 percent from the year before, with significant growth in its domestic revenues too, said Zhu. "Such a considerable profit made Hisense decide to invest again and acquire a sponsorship for this year's World Cup for USD100 million."

Wanda was the only Chinese first-tier patron for the World Cup in Brazil four years ago and has upgraded its strategy this time. Wanda not only has World Cup-themed interactive scenarios and live streaming on large light-emitting diode screens at its shopping plazas, but also partnered with internet companies to increase consumer participation online and offline, a representative from the Beijing-based firm total Yicai Global.

The Asian nation's crayfish farmers have sent some 100,000 crawdaddies to Russia for fans around the world to taste.