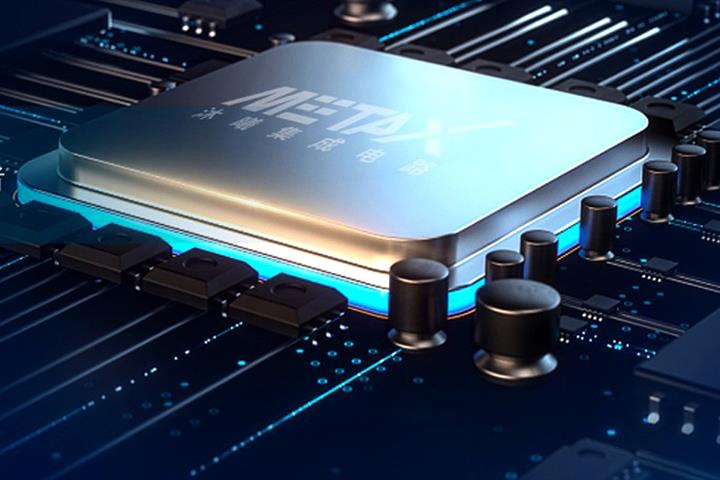 (Yicai Global) March 9 -- MetaX Integrated Circuits, a Chinese graphics processing unit design startup, has secured hundreds of millions of yuan in its latest early stage fundraiser, less than a month after an earlier round.

MetaX, which was set up last September in the Lingang Special Area of Shanghai’s Free Trade Zone, is eyeing the field of high-performance GPU processors, a sector dominated by global giants such as Nvidia and Advanced Micro Devices. GPU chips account for about half the cost of GPU servers. China's GPU market is expected to be worth CNY27 billion (USD4.1 billion) by 2025, according to IDC.

The Shanghai-based startup also garnered hundreds of millions of yuan in a previous pre-A funding round.

The increasing use of supercomputing in research and development at Chinese companies will drive growing demand for high-performance GPUs, and MetaX is one of the few in the field with its own intellectual property, said Zhu Jia, an associate partner at Lightspeed China Partners.

The venture capital firm is optimistic that MetaX will be able to fill the domestic technological gap in the field of high-performance computing, Zhu added.

MetaX focuses on developing general-purpose GPUs. The products are mainly used in traditional GPUs and mobile applications, artificial intelligence, cloud computing, and data centers, according to its website.

Members of MetaX's technical team have more than 15 years of experience in high-performance GPU design on average, ranging from 40 nanometers to 7 nm. Three core founders have worked together for more than 10 years and have backgrounds in hardware, software, and architecture.