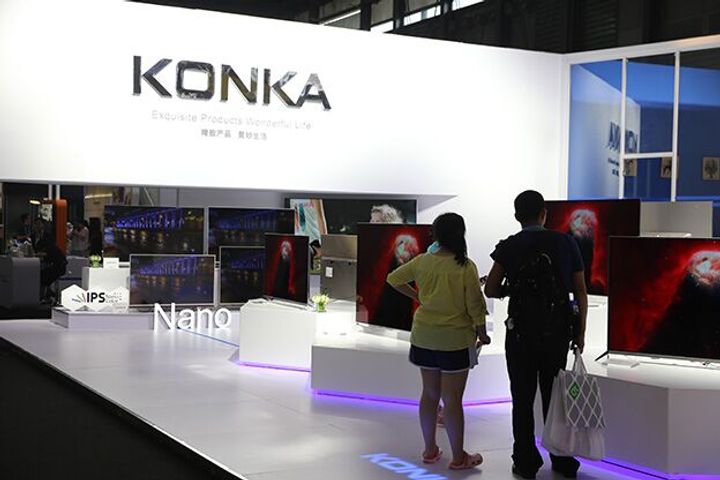 Konka Seeks to List Alibaba-Backed KKTV, Other Units on China's Sci-Tech Board or Overseas

(Yicai Global) March 19 -- Konka Group confirmed that it has been studying listing rules in China and abroad, including for Shanghai's new science and technology innovation board, with a view to helping five of its units go public, according to the China Securities Journal.

The home appliance giant will seek to revitalize the units, improve their capital operations and promote their secondary capitalization, the Journal reported, confirming a March 15 internal report of Overseas Chinese Town Group, a major Konka shareholder, which cited comments made by Konka President Zhou Bin at the firm's recent 2019 work conference.

Chinese tech and e-commerce giant Alibaba Group Holding invested in Konka's internet business units Yipingfang Network Technology and KKTV, and they will further cooperate in integrating the internet with the Internet of Things. KKTV was the first internet smart TV brand that Konka initiated in 2013.

The company, which spent CNY455 million (USD68 million) buying Henan Xinfei Electric last year, will simultaneously operate its Xinfei and Konka home appliance brands, per its plan. Henan Xinfei Electric resumed production after the acquisition, and began to turn a profit in under three months, with an output of 50,000 refrigerators and freezers per month.

Konka's domestic device business is expected to rank near China's top in three to five years.

Jiangxi Konka New Material Technology, which formed last year, is the only company in China that can produce third-generation nanocrystalline stone, which is mainly used in construction plate and is also of future application in building the fifth-generation mobile network and as a base material in mobile phones, TVs and refrigerators.

The firm's research and development investment this year will rise over 30 percent from last year's, and the number of its newly applied for patents will rise by at least 20 percent.

The company will focus on positioning itself in novel technologies such as micro light-emitting diodes, new materials, IoT and semiconductors.