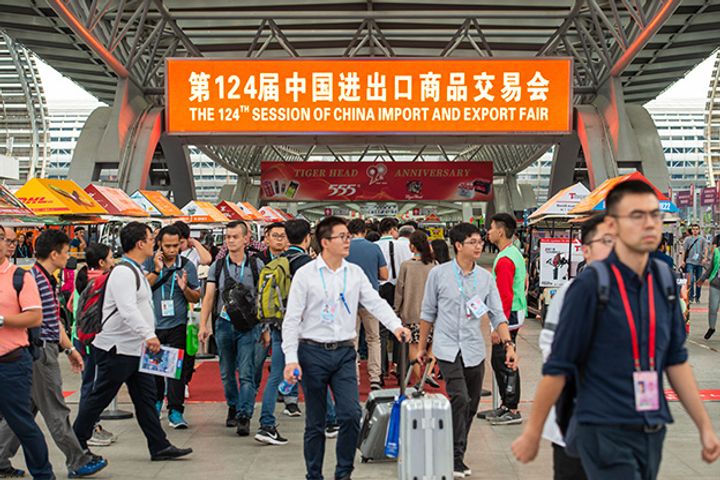 (Yicai Global) Oct. 17 -- Chinese home appliance firms, including KingClean Electric, Gree Electric Appliances, and Changhong Electric, are building overseas factories to avert the enlarged duties caused by a trade dispute between China and the US.

Executives of these companies told Yicai Global about their plans to shift parts of production abroad when attending the 124th China Import and Export Fair 2018 in Guangzhou. The Canton fair started on Oct. 15 and will continue until Nov. 4.

Vacuum cleaner maker KingClean is considering setting up factories in Southeast Asia. The firm plans to charge American buyers more and expand its domestic and European market shares. As the US ups the ante on the escalating trade tiff, import tariffs on hoovers will increase to 25 percent on Jan. 1 next year. The US makes up 40 percent of the firm's sales, said Yang Yuechao who is a manager assistant at the Suzhou-based company.

Gree, the world's largest manufacturer of residential air conditioners, is also thinking about going to Southeast Asia, as well as the Middle East. The Zhuhai-based firm will launch products with a higher added value such as commercial air conditioners to tackle challenges arising from trade frictions.

Television maker Changhong already has plants in Indonesia and Pakistan, which helps it to avoid the existing import tariffs in the US. The Indonesian rupiah and Pakistani rupee are also competitive in comparison to the US dollar.

Changhong will make good use of exchange rates as a tool to deal with currency fluctuations, said Huang Dawen, the Sichuan province-based firm's vice general manager. The company will also step into the field of key components and raise prices.

Galanz Group, which is mostly known for its microwave ovens, will enrich its product lines in segments including refrigerators and dishwashers. The firm is looking to expand in Europe, Japan, Korea, the 10 member countries of the Association of Southeast Asian Nations, South America, as well as countries participating in the Belt and Road initiative. The BR is President Xi Jinping's Silk Road-inspired investment plan that spans across Asia to Europe and Africa, as well as South America.

The Foshan-based company will set up local branches to deal with duties, upgrade its manufacturing methods and adopt shipping policies that are favorable to the sender.

In the first half of this year, Galanz has grown rapidly in Europe, including the UK, the Netherlands, Belgium, and Spain. Markets of BR partners, such as Turkey, Ukraine and Saudi Arabia, have also proven lucrative. This success is set to mitigate risks in the US, according to the firm's manager.