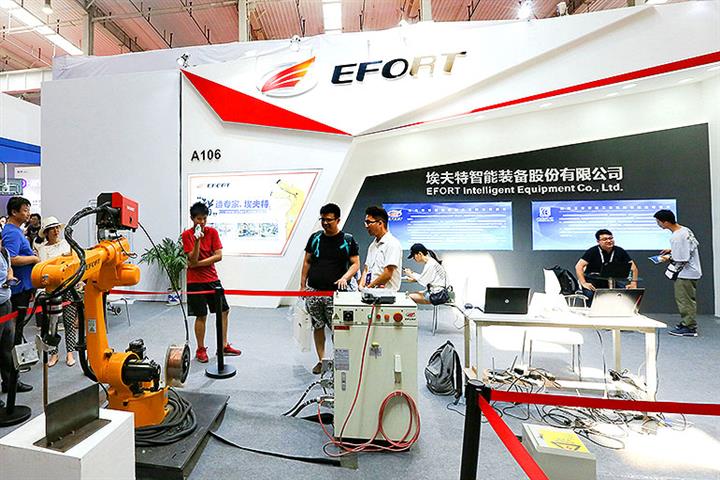 The funds will be used to develop the three key projects of industrial robots, core parts and robot cloud platforms, according to its IPO prospectus.

As one of China’s biggest makers of industrial robots, Efort’s products and system integration solutions stretch the entire industrial chain from core parts to finished products. It serves a wide range of sectors from autos, car parts, computers, telecoms to consumer electronics. Its systems are exported across the globe.

The company’s operations have also been badly affected by Covid-19. Efort anticipates first-half revenue to fall between 14.31 percent and 26.48 percent year on year, losing as much as CNY88 million (USD12.6 million), according to its most recent earnings forecast.

Set up in 2007, Efort was born out of the equipment division of Chery Automobile and makes 10,000 industrial robots and pieces of intelligent equipment a year. In addition to a production base in China, Efort has 13 subsidiaries in Italy, Germany, Poland, France and Brazil.

The firm is also working on the next generation of smart industrial robots. Launched last February, this project has total investment of CNY120 million (USD17.2 million). When completed, it will have the capacity to produce 200 sets of intelligent robot systems and equipment each year.