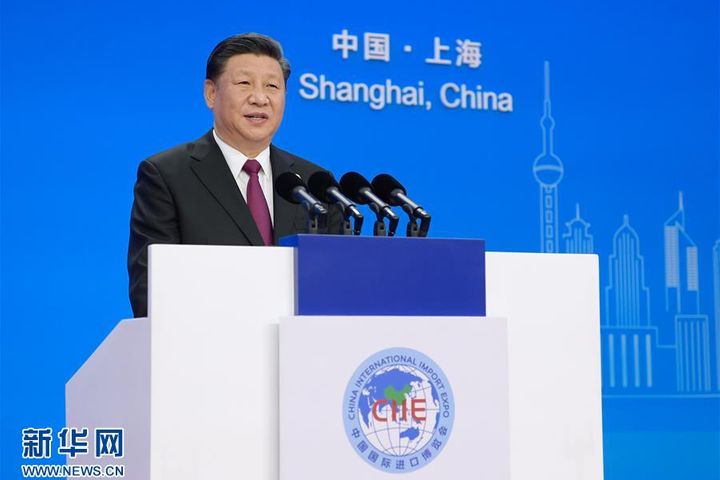 Chinese Investment Banks Are Gearing Up for New Tech Innovation Board

(Yicai Global) Nov. 13 -- Chinese investment banks are gearing up for the introduction of a new tech innovation board to the Shanghai Stock Exchange announced by Chinese President Xi Jinping earlier this month.

Large brokerages are already trying to forecast the requirements for companies looking to list on the new board, which have not yet been announced, while firms hopeful they will meet the demands are already planning their route to the stock exchange.

Some of the brokerages, whose main customers are tech firms, have begun to readjust their efforts in order to provide services for the first companies expecting to list on the new board -- and smaller brokerages are waiting on the industry leaders to make moves so they have a lead to follow.

"The key for the new tech innovation board will be implementation, the formulation of specific listing rules will be the greatest challenge by far," an investment banker in Beijing told Yicai Global. If the threshold for companies wanting to list is too high, then the government cannot realize its goal of supporting innovative firms and the market could face even tighter liquidity. But if the limits are too low, unsuitable companies may take advantage and cost investors big.

"Brokerages are preparing already and talking with companies in advance," the managing director of a big brokerage and investment bank said. "We've been contacting some promising but unprofitable firms and are planning their listing path."

He has also made contact with the Shanghai bourse, but was told it is still exploring the rules for the new board.

Different brokerages have made varying forecasts on the thresholds but there are two common trains of thought. Some institutions believe the standards set will be based on those fixed for companies wishing to issue Chinese depositary receipts, while others expect the requirements will be similar to those set for the National Equities Exchange and Quotations, also known as China's New Third Board and dedicated to strategic emerging industries.

Investors on the NEEQ need to have at least CNY5 million (USD730,000) in financial assets, and several institutions believe the new board will feature a similar rule. This could make life difficult for non-institutional investors, said Zhang Yulong, a strategy analyst at China Securities.

The China Securities Regulatory Commission will manage investors' suitability and encourage non-institutional investors to participate by buying into mutual funds, a spokesperson said on Nov. 5.

Regulators have been planning the new board for the past five years. It was supposed to debut in early 2016 and the Shanghai Stock Exchange had already decided on the first batch of companies to list, an insider at an investment bank told Yicai Global at the time, but the plans fell through.

There was at least one big name tech firm on that list, he added.

"The company is well qualified but has not rushed to prepare a listing after the new plans were announced," the same insider said yesterday.

Investment banking is in a downturn right now, and securities companies and investment banks will be keeping an eye on news surrounding the new board, another investment banker in Beijing said, adding that it is still too early to start taking action.

Huang Lichong, once an investment banker and now chief executive of Synergy International, said the board is a hot topic among tech firms he is familiar with, but investment bankers are not making so much noise.

"The market liquidity in the New Third Board was not sufficient before because of its relatively high threshold for investors and the high risks for companies involved," Huang said. "The securities companies lost interest and some even dismissed their teams working in the sector."

The risk of investing in companies listing on the tech innovation board is expected to be much higher than those on the country's main boards, which will make it quite challenging to design the board's mechanisms, Huang said.

Wang Zhiwen, director of research at China Galaxy International, predicts the new board will be set up in the first half of next year.