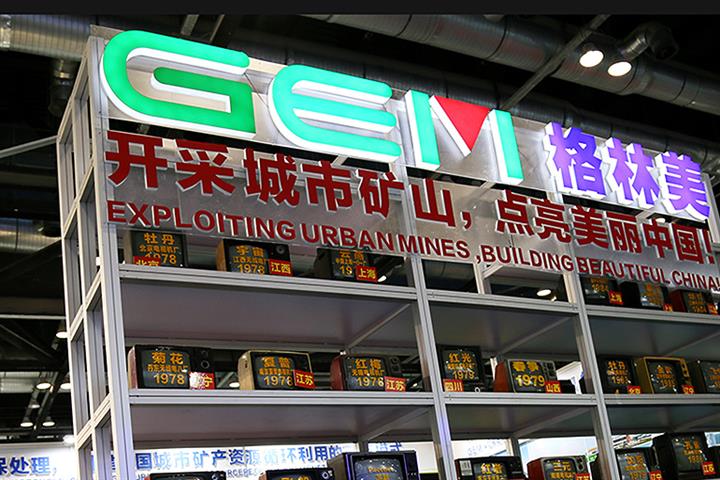 (Yicai Global) Jan. 4 -- GEM’s shares soared after the Chinese metals recycler and supplier said it will increase its stake in an Indonesian nickel salt production project to 72 percent from 36 percent, boosting the firm’s ability to supply key raw materials for lithium batteries.

The Shenzhen-based company said its Jingmen GEM New Materials unit will have the right to acquire the 21 percent stake in the project held by Xinzhan International Holding, and will buy a 60 percent stake in Hong Kong Brunp Recycling, which owns 25 percent of the project.

But there has been no report on the progress of the project since then, and GEM’s announcement today did not mention it.

Indonesia’s laterite nickel ore reserves account for more than 10 percent of the world’s total. Tsingshan Industry has the mining rights for several nickel-rich mines in Indonesia and a stainless-steel production base in the industrial park where the project is located, according to an earlier statement.