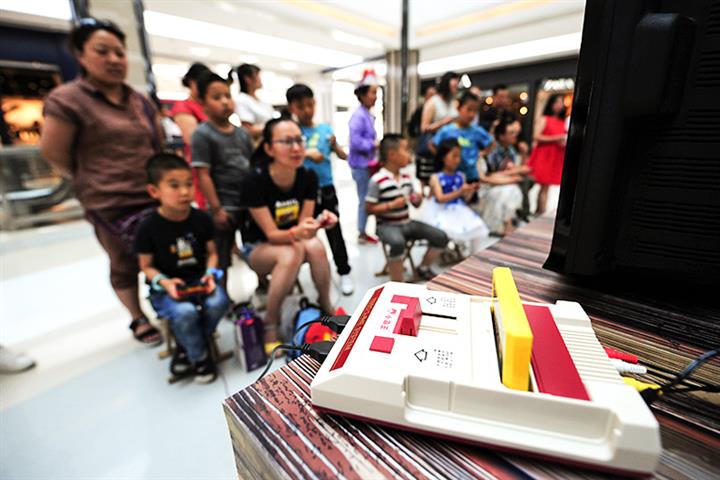 (Yicai Global) Nov. 9 -- Subor Culture Development, fondly remembered as the maker of China’s most popular gaming console before the devices were banned in 2000, has filed for bankruptcy.

Zhongshan, Guangdong province-based Subor Culture applied for bankruptcy and restructuring on Nov. 5, according to the national enterprise bankruptcy information disclosure platform. Legal representative Feng Baolan has also been restricted by courts from high-value consumption, or unessential spending such as first-class tickets, hotels and fast cars, it added.

It is a farcry from the firm’s heyday in the 1980s and 1990s when its SB series learning machines were endorsed by movie star Jackie Chan. A knock-off of the pricey and hard-to-get Japanese Nintendo console, the cartridges allowed children to learn English and Chinese vocabulary, as well as play games.

China’s ban on video game consoles, introduced due to fears that they had a negative effect on the country’s youth, was only lifted in 2015, by which time it was too late for Subor Culture.

The firm tried to stay relevant by entering the virtual reality sector, announcing intentions to list and even returned with a new gaming console but things did not go smoothly.

Constrained cash flow meant that it defaulted on a number payments. It was unable to promote its latest gaming device and dismissed its entire Shanghai team last year.

Subor Culture has been entered onto the list of dishonest debtors 29 times since March with debts amounting to CNY18.2 million (USD2.8 million), according to business data site Qichacha.

The firm’s struggles are linked to the ailing fortunes of its second biggest investor, Guangdong Yihua Department Store. The well-known department store in the coastal city of Zhongshan logged losses of CNY426 million (USD64.6 million) last year and only had assets of CNY159 million as of the end of 2018.