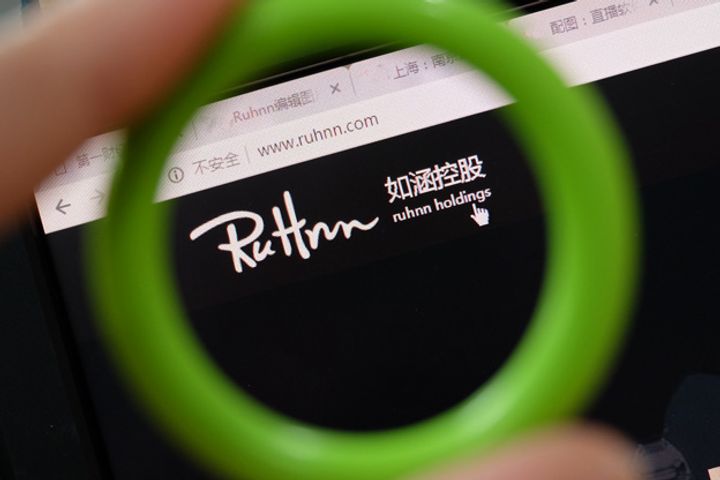 (Yicai Global) March 7 -- Ruhnn Holding, a Chinese startup that nurtures online celebrities, plans to go public in the US to raise up to USD200 million.

Ruhnn filed with the US Securities and Exchange Commission yesterday for an initial public offering of shares on the Nasdaq. No pricing terms were disclosed.

The Hangzhou-based company spots fashionistas and gamers, links them up with sponsors and makes money by collecting fees. Co-founders Feng Min and Zhang Dayi have stakes of 29 percent and 15 percent, while Taobao China Holding, a unit of e-commerce giant Alibaba Group Holdings, is a major shareholder with almost 9 percent.

Founded in 2014, Ruhnn saw revenue jump 14 percent to CNY856 million (USD127.6 million) in the nine months ended Dec. 31 from a year earlier. The company's loss more than doubled to CNY57.5 million because of sales and marketing costs.

It had more than 110 key opinion leaders at the end of last year. Each of the top three, including founder and fashion blogger Zhang, brings in gross merchandise volume of more than CNY100 million (USD14.9 million) a year mainly selling clothing, accessories and cosmetics.

Ruhnn's stars had more than 148 million fans, of which 75 percent found them on microblogging site Sina Weibo. Over 80 percent of their fans were born between 1982 and 2000, and over 78 percent of them are fashion-conscious women.