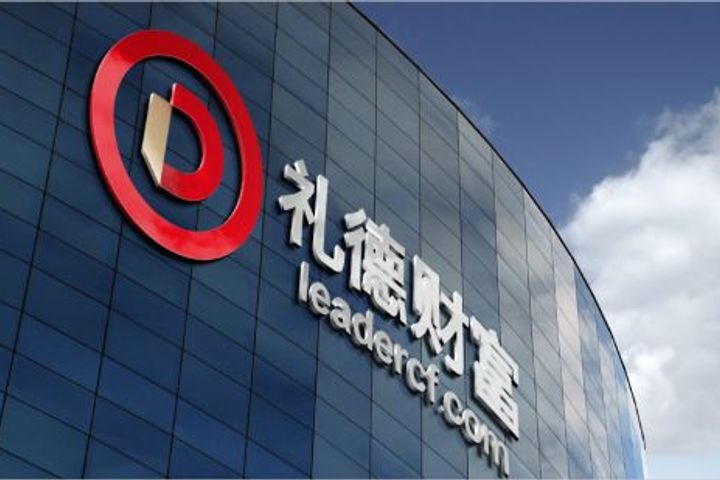 It also acknowledged that 'some of its projects are delayed' and said it will set up a work group as soon as possible to inventory its assets and businesses, request borrowers to repay loans earlier than scheduled, and liquidate collateral as quickly as possible.

Guangzhou Leader formed in 2013. The company announced in April that it had signed a deal with the Portuguese men's national World Cup soccer team to become its official sponsor in China. Zheng and many of its executives went to Portugal in June to cheer on the country's squad in the run-up to the World Cup, media reported.

The company had recorded cumulative transactions of CNY8.4 billion (USD1.24 billion) as of yesterday, including CNY800 million (USD118 million) in debt swaps. It had also facilitated 21,060 loans, with 1,579 loans worth nearly CNY1.3 billion to be repaid and a bad-debt ratio of 0, data from its official website show.

This is why the company has long touted itself as a 'state-affiliated' lending platform on its official website, on which a further, rather pathetic notice appeared yesterday, "The boss is away, but we are still in business as normal."