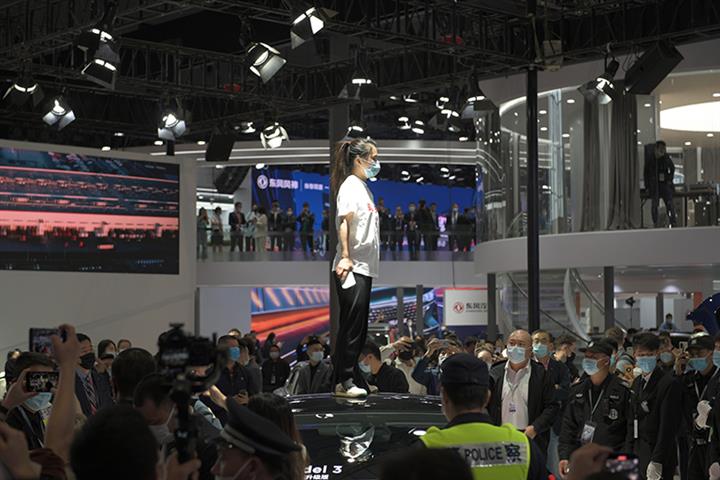 One of the women, surnamed Zhang, clambered on top of a vehicle in the US auto giant’s display area yesterday, shouting “the brakes are broken!” and causing minor damage.

Zhang allegedly has tried to return her Tesla car after it was damaged in a crash. She blamed malfunctioning brakes but refused to let a third party examine the auto. Tesla said the accident was due to speeding.

Each of the two women has been detained for five days for disturbing the public order and have been given a warning, the Qingpu district branch of the Shanghai police said today.

Consumers should express their opinions through legal channels and must not take drastic action, the police said, adding that consumers will otherwise bear legal liability.

“Tesla will not give in to consumers' unreasonable demands,” its Beijing unit said via Weibo yesterday. “There is no way we can compromise,” Tesla Global Vice President Tao Lin added.

Tesla’s share price [NASDAQ:TSLA] closed down 3.4 percent yesterday at USD174.63, wiping USD24.1 billion from its market capitalization to USD685.9 billion. Earlier in the day they had dropped 6.5 percent.