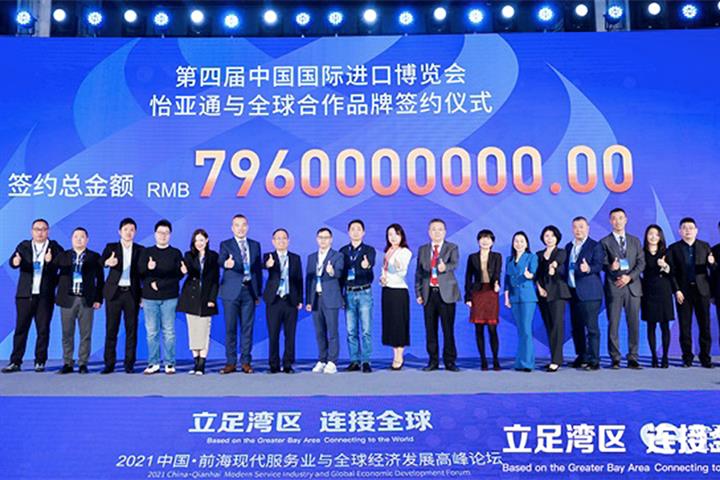 As many as 599 sub-groups from 39 trade groups nationwide have visited the fourth CIIE in search of procurements with more than 1,200 buyers, each registering annual imports in excess of USD100 million, according to Sun Chenghai, deputy director of the China International Import Expo Bureau.

On Nov. 7, Eternal Asia Supply Chain Management, a Shenzhen-based supply chain firm, signed strategic cooperation deals worth CNY8 billion (USD1.3 billion) with a number of businesses, including Philips, Danone and Schneider Electric. It was the most committed this year by a member of the Shenzhen trade group.

On the same day, 22 buyers from the Zhejiang province trade group and 25 exhibitors from 15 countries and regions signed cooperation agreements with a toal value of CNY13.2 billion.