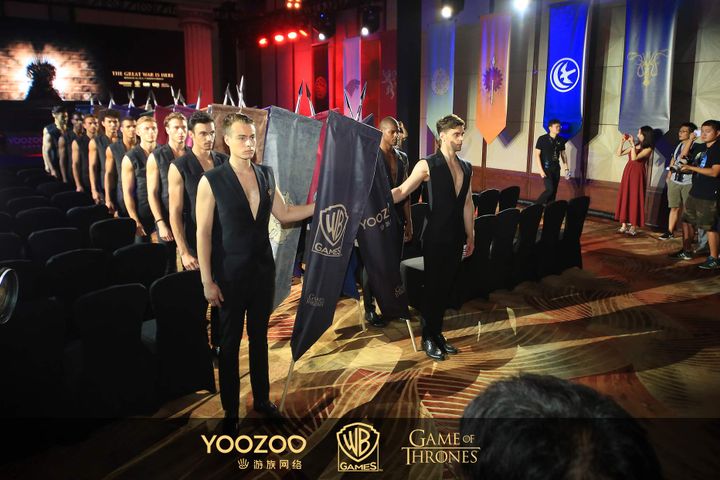 The Chinese developer and published announced the news at the China International Digital Entertainment Exhibition, or ChinaJoy.

Youzu and US-based Warner Bros. Entertainment Inc. reached a strategic agreement in which the Chinese firm will work with Home Box Office Global Licensing teams to developer a Game of Thrones mobile game, which it hopes to launch in about six months.

The TV series tops US audience ratings and is in its seventh year, after winning 12 Emmy Awards in 2016. Games based on the series or other similar hit shows have not yet been developed.

Interaction between TV and film and gaming is a good strategy for gaming companies, Chen Libiao, chief operating officer at Youzu, told Yicai Global. It can bring in a lot of fans and quickly spread across the market.

However, there aren't many high-quality intellectual properties in China, so cooperation with international companies is becoming a solid choice for gaming firms in the country.

Some popular domestic shows are being hotly pursued, said Fu Chenghao, chief executive at Topsgame, a Chinese online game producer. Youzu's investment in the US will differentiate competition and help it break into overseas markets, he added.

"Cooperation with Hollywood can help products enter the international market," Fu said, adding that foreign audiences don't understand popular Chinese dramas like The Journey of Flower or Empresses in the Palace. The games adapted from these are also hard for foreigners to follow.

There is a gold mine available for companies who can develop hot intellectual properties into games, but not all popular shows are suitable for game development, Chen Libiao said.

"When finding new rights, quality, rather than quantity, is considered a better choice," Chen said. "It should have influence over more than 100 million fans and maintain an excellent quality and reputation worldwide."

In the first half of this year, the number of China's gamers climbed to 507 million, up 3.6 percent from a year earlier, although the growth rate is continuing to decline.