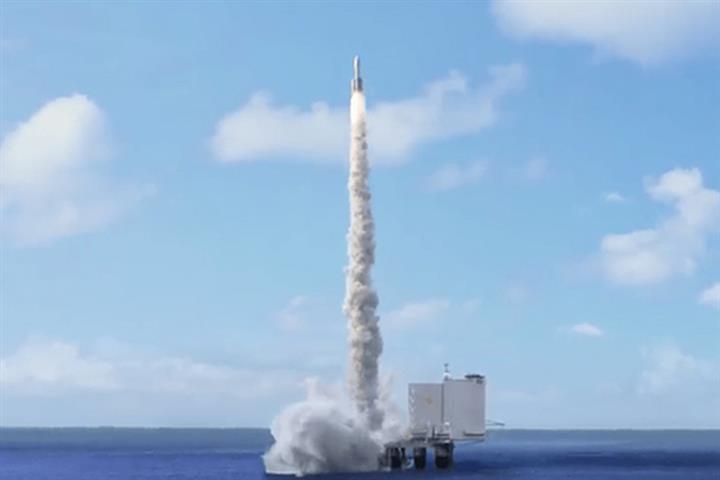 (Yicai Global) May 20 -- Orien Space Shandong Technology has secured CNY400 million (USD60 million) in its latest funding round led by Chinese venture capital firm Hike Capital which the private Chinese space launch company will use to develop and launch its first carrier rocket.

The funds will be used to finish building the prototype of its medium-sized rocket Gravity-1 and its subsequent launch as well as to accelerate the development of 100-ton reusable rocket engines powered by liquid oxygen and kerosene.

Gravity-1 has the biggest payload of any rocket under development by a private Chinese aerospace firm. It aims to be able to carry several satellites in a single missile to meet the needs of the growing satellite industry. The rocket has completed several key tests and is due to take its maiden flight in the middle of next year.

Orien Space, which was only set up two years ago, began building its launch base in Haiyang, eastern Shandong province last year. The facility is slated to be ready by December and will be the biggest assembly and test center for commercial launch vehicles in the country with an output of 20 medium-sized rockets a year.