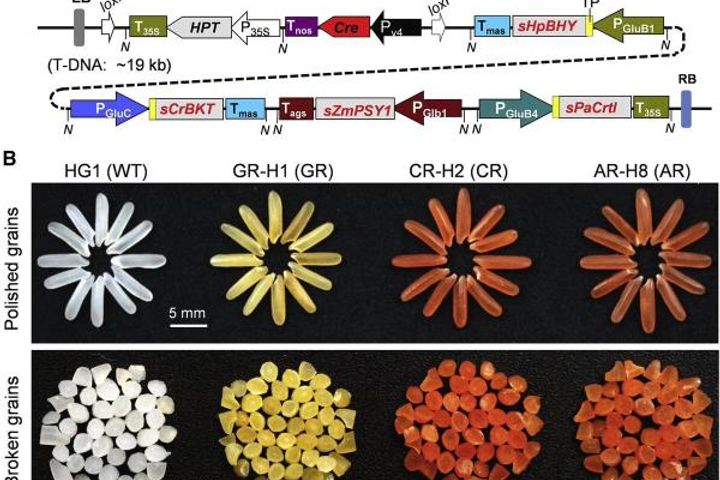 The research borrowed ideas from the genetic modification of Golden Rice 2 with beta-carotene biosynthesis genes, according to the thesis published in esteemed academic journal Molecular Plant. Golden Rice was a form of GM rice designed to be rich in beta-carotene and vitamin A.

"The biofortified rice products generated by this study could be consumed as health-promoting foods and processed to produce dietary supplements," according to the thesis.

GM foods have a bad rap among environmental circles, and have been opposed by environmental organizations like Greenpeace and Fairtrade International. But just over 100 Nobel laureates lobbied for those groups to be more accepting via a pro-GM food campaign in 2016, and as of this month there were 138 of the prizewinners backing the cause.

The campaign, named Support Precision Agriculture, accuses Greenpeace of misleading consumers about GM foods by falsely claiming that they are dangerous, untested and inadequately regulated.

"Humans have eaten hundreds of billions of GM based meals in the past 20 years without a single case of any problems resulting from GM," the campaign website reads, adding that "more than a hundred billion livestock animals ate GM feed from 1996 through 2011, during which the average health of livestock animals improved."