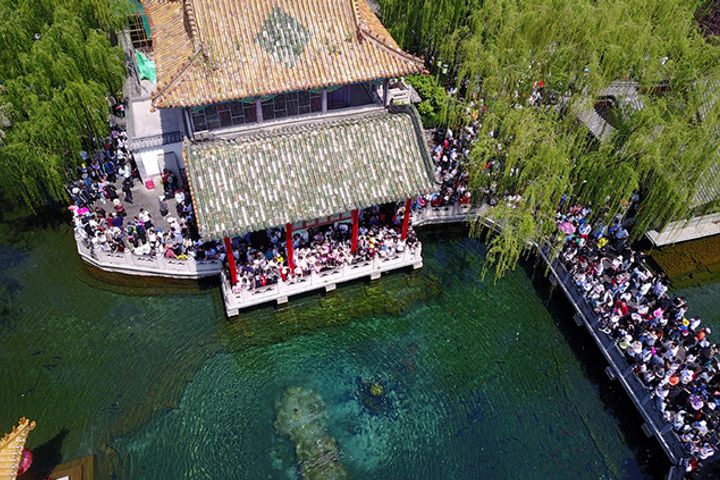 (Yicai Global) March 25 -- Nearly eight out of 10 Chinese travelers will choose to vacation within China for their first trip after the novel coronavirus epidemic, according to the findings of a new report.

Seventy-seven percent of those surveyed by the Oliver Wyman, a leading global management consultancy, said that they would choose domestic destinations over overseas travel once the epidemic abates. That compares with 64 percent in a similar study conducted last year.

Fifty-six percent said they would be willing to spend more on travel than before the start of the Covid-19 outbreak and that they would spend most of their budget on eating and drinking well, according to the report -- Impact of Covid-19 on Chinese Travelers -- which canvassed the opinions of 1,000 mainland residents last month.

"These results exceeded our expectations, particularly in regard to Chinese consumers' willingness and eagerness to once again take trips," said Jacques Penhirin, partner and head of Oliver Wyman's China retail and consumer goods practice. "Though there are some changes with regard to their traveling preferences, demand is still strong."

Yunnan province in southwestern China, with its beautiful natural landscapes, warm climate and colorful ethnic minorities, was the most popular destination with 14 percent of those surveyed choosing to travel there. Beijing, Chongqing, Shanghai, along with Sichuan and Hainan provinces were the next most popular.

More than half of those who said they would holiday abroad after the epidemic preferred to go somewhere in Asia. Just 14 percent said their first trip would be to Europe.

"Travelers have started to take into account their health risk exposure when choosing their next destinations," said Katie Sham, principal at New York-based Oliver Wyman and leader of the study.

They are choosing places closer to nature and less severely impacted by the epidemic. This probably explains why Yunnan has become the most popular post-epidemic traveling destination in China, she added.

The questionnaire canvassed a group of people between 18 and 55 years old. Sixty-one percent had a monthly income of between CNY10,000 (USD1,414) and CNY30,000. One quarter lived in first-tier cities, half in second-tier cities and another quarter in third-tier cities.