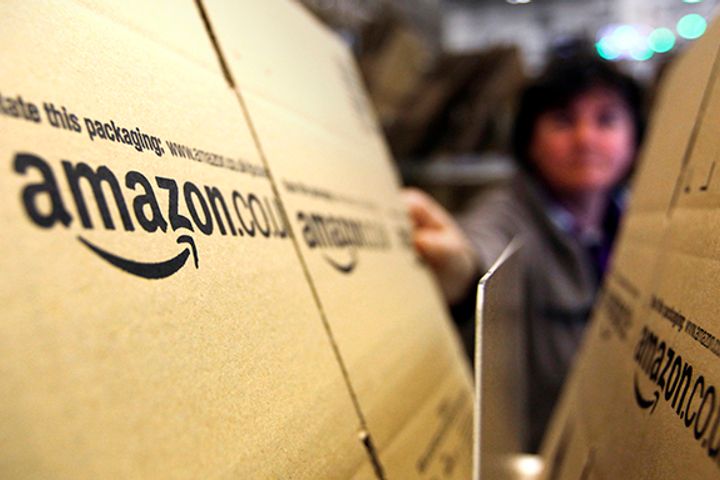 (Yicai Global) March 7 -- Chinese vendors have bridled at Amazon.com Inc.'s ban on merchants the e-commerce giant claims have been placing fake orders for their own products in order to push them higher in Amazon search results.

Vendors pointed out that Amazon banned them without just cause, according to reports circulating on Chinese microblogging site Weibo. Amazon replied that blacklisted sellers had violated the US company's policies and said those affected may contact its support team or account managers who will investigate and take appropriate action, Chinese news portal Sina reported yesterday.

Making fake orders is a new e-commerce scam that is also known as 'brushing.' It involves vendors purchasing their own merchandise through bogus online accounts and shipping the goods to unsuspecting customers. The vendor then writes up a glowing product review in the name of the fake account holder, which bumps the merchandise higher in Amazon's search rankings.

"If a company really wants to be successful with online sales, it needs to find a way to improve its on-deck search ranking," a report on news site Tingroom quoted Mark Natkin of Beijing-based Marbridge Consulting Ltd. as saying. "The difference between being at the top of a page of results and buried at the bottom is night and day. Brushing is a very tempting shortcut."

Amazon said it is dedicated to pursuing innovation, improving the shopping experience and creating a fair, healthy and sustainable business environment for worldwide vendors. Its merchants must comply with applicable policies and those violating them may have their sales qualifications revoked, accounts suspended, funds withheld and even face account under the law.

Many sellers on the online emporium were told their passwords were wrong when logging in around the Chinese New Year. Most received a reply from their performance teams saying that their accounts had been closed for undisclosed reasons and Amazon would not refund their balances.

Amazon launched its 'Global Selling' program in China in 2012, and tens of thousands of Chinese sellers signed to reach over 300 million active consumers and over 1 million corporate and institutional buyers. Amazon's online platforms in the US, Canada, Germany, the UK, France, Italy, Spain, Japan, Mexico, Australia and China are all open to Chinese vendors. Its 140 operating centers worldwide help Chinese market their products to 185 countries and regions, data show.