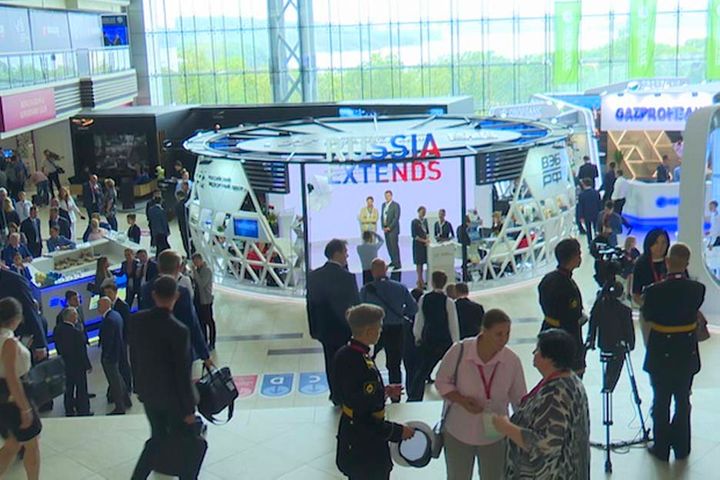 (Yicai Global) Oct. 24 -- Russia will make good use of the Second China International Import Expo to boost cooperation between the two countries in agricultural products and foodstuffs and to help Russian companies use e-commerce to enhance economic and trade exchanges between the two nations, a high-level Russian official in charge of CIIE-related affairs said recently.

"This CIIE session will not only present us with an opportunity to showcase our products, but also hopefully to negotiate and sign agreements," said Andrey Slepnev, director general of the Moscow-based government-backed Russian Export Center Group.

China's northern neighbor will bring even more food products and agricultural produce to this CIIE, Slepnev indicated. From seafood, nuts and spices to seeds and soy, Russia will push its natural, healthy non-genetically-modified foods and agricultural products. The country will also offer samples of its ice cream and candy and authentic dishes cooked on-site by Russian chefs.

Russia was a main participant at last year's First CIIE, with more than 100 companies from over 40 oblasts taking part. The country's exhibition space covered 2,500 square meters, and exhibitors at it were active in the agricultural, food, medical equipment, consumer product, new and high technology and service trade fields.

The Russian Export Center is exploring increasing China-Russia exchanges in the fields of food, bulk commodities and industrial products to promote collaboration in many areas. Settlement of more than half of China-Russia trade occurs in non-US dollar form, Slepnev particularly noted, and this benefits the healthy development of bilateral relations.

Trade between the two Asian giants broke through the USD100 billion mark last year as China continued as Russia's largest trade partner for the ninth year in a row. The two transacted a USD706 billion in trade volume in the first eight months, up 4.5 percent on the year. The Russian Export Center hopes the Second CIIE will induce even more Chinese companies to invest north of the border.