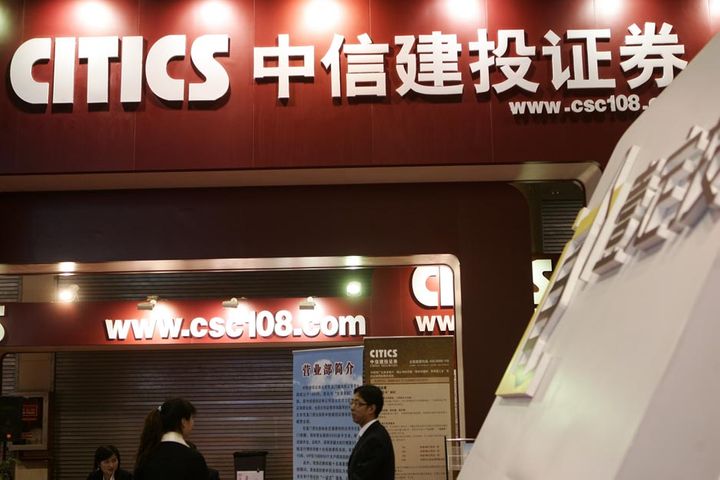 (Yicai Global) June 28 -- A plan by Citic Securities, China's largest brokerage, to sell its remaining stake in CSC Financial will depend on market conditions and may not happen within the next six months, according to its chairman, after CSC's stock slumped this week following the news of the planned divestment.

Zhang Youjun made the announcement in answer to an investor's questions at Citic Securities' shareholders' meeting today, the Securities Times reported.

The Shenzhen-based brokerage is selling the shares due to its operational needs, the firm said in a statement on June 26. "We want to enrich our existing business scope and expand our domestic business under the existing license," Zhang said, citing the specific reasons for the share sale.

CSC Financial [SHA:601066], trading as China Securities, fell by the 10 percent daily trading limit on two consecutive days this week after Citic Securities set out plans to sell its stake. The stock has lost about 14 percent of its value since the end of last week, finishing 4.5 percent down today at CNY21.08 (USD3.07). The share prices of several other brokers were also pushed lower.

Beijing-based CSC Financial listed in Shanghai last June, unbolting the lock-up period for investors this month. Citic Securities will sell 427 million shares, or almost 5.6 percent, of CSC Financial via call auction or block trade, its earlier statement said. Based on CSC Financial's closing price of CNY26.5 a share on June 25, the market value of the Citic Securities' holding in the firm was CNY11.3 billion (USD1.7 billion).

Citic and China Jianyin Investment founded CSC in 2005, with Citic owning an initial 60 percent. Though it gradually withdrew from the position of controlling shareholder, in accordance with regulatory policy, it is still CSC's fourth-largest shareholder.

The company made the announcement due to the exchange's requirements for shareholders to cut their holdings, Zhang said, adding that they would strike a balance between various relationships to reduce the impact of the sell-off on the market.