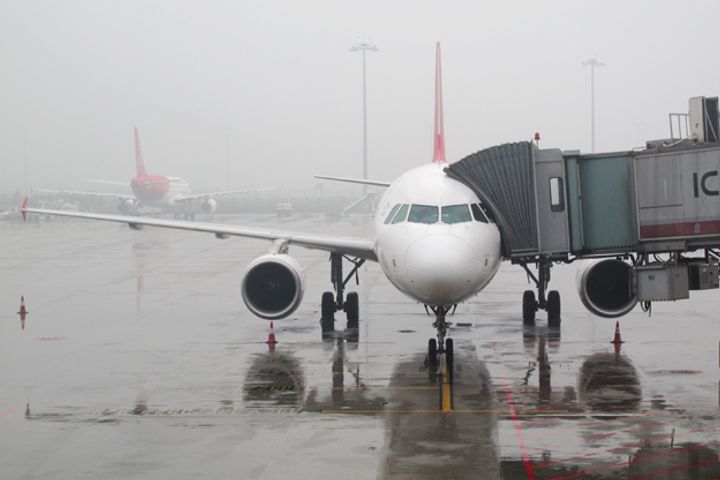 (Yicai Global) Sept. 27 -- The Civil Aviation Administration of China (CAAC) has issued a new policy paper calling for greater control of total flight volumes as part of efforts to improve flight punctuality at the country's airports.

The new policy will directly affect competition among airlines for flight schedule resources, as well as route and flight arrangements, insiders said.

Two of China's major air travel hubs, Beijing Capital International Airport and Shanghai Pudong International Airport, will reduce departure flights to around 75 percent of total capacity during the upcoming winter-spring season and the summer-autumn season next year, the document said.

"This will further impact earnings of airports and airlines," said a manager at a Shanghai airport, adding that airport revenues correlate closely with the number of arrivals and departures. Airports will experience constrained revenue growth if the number of flights remains unchanged or is reduced.

Flights leaving from and arriving at airports in Beijing and Shanghai are all key revenue streams for airlines, while airports remain under significant pressure related to flight delays, he added.

The CAAC has decided to control total flight volumes in order to cope with current industry trends, said Wang Zhiqing, deputy head of the CAAC. Growth in the number of flights is faster than that of airports' overall capacity, leading to a sharp decline in punctuality rates.

Chinese passenger carriers reported a punctuality rate of 66.22 percent on average in the first eight months of this year, down 9.27 percent from a year ago. Flights were delayed 30 minutes on average, an increase of 11 minutes annually. Airlines are continuing to expand their respective fleets, which is further exacerbating the situation.

China's existing airspace management model is a key inhibitor to the development of the civil aviation industry, multiple insiders told Yicai Global. It seems unreasonable for regulators to call on airports and airlines to make up for this inadequacy, they added.

Civilian aircraft are only permitted to operate in an area less than 20 percent of the country's airspace, while flight volumes are growing at a rate of 10 percent annually, leading to increased congestion.