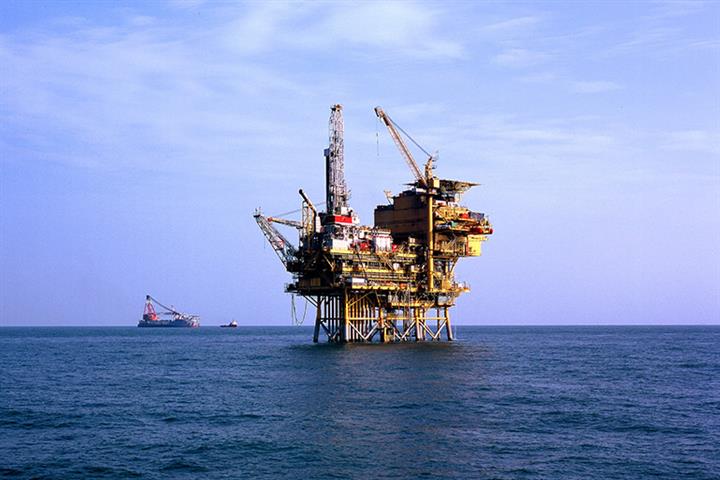 (Yicai Global) May 26 -- China National Offshore Oil Corporation has discovered an oilfield with proven reserves of more than 100 million tons in China’s northeastern Bohai Sea, which could supply 1 million vehicles with fuel for more than 20 years.

CNOOC is speeding up development and evaluation work to tap Kenli 6-1 as soon as possible, The Paper reported today. The Ministry of Natural Resources recently approved a report on its reserves after CNOOC drilled 42 exploratory wells there over the past two years, The Paper said, citing the Beijing-based company.

The National Energy Administration issued a seven-year action plan early last year to ensure China’s energy security. The plan called for the three major state-owned energy giants, including CNOOC, to boost the nation’s oil and gas reserves and production. CNOOC will double its proven reserves by 2025 and raise its annual output to 40 million tons, under the firm’s own scheme.

CNOOC noted that Kenli 6-1 is the first large oilfield in the northern area of Laizhou Bay in Bohai. Prior explorations in the area over the past 40 years were unsatisfactory. Previously discovered fields were small and their distribution not concentrated, so they could not be developed efficiently. Kenli 6-1’s discovery reflects China’s progress in exploration over recent years.

The Bohai oilfield developed by CNOOC is China’s largest off shore and has the second-largest crude oil refinery. Bohai has kept up stable annual output of 30 million tons of oil in the past few years, second only to Daqing in northeastern Heilongjiang province.