Consumption in China Is Unlikely to Bounce Back Much This Year, Experts Say
Zhu Yanran
DATE:  Jan 20 2023
/ SOURCE:  Yicai 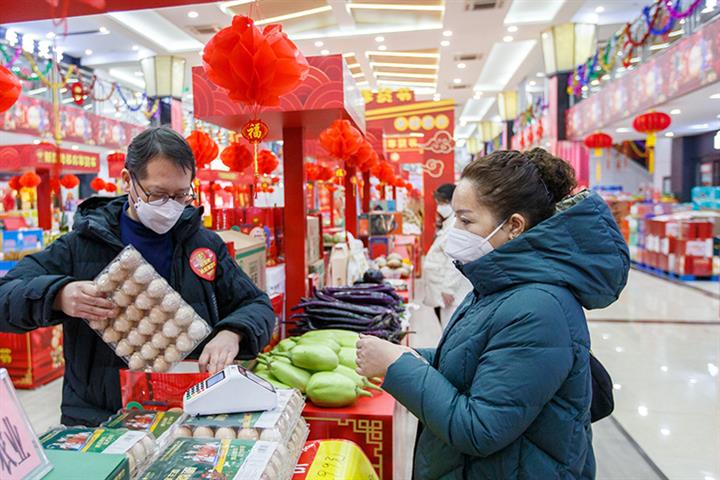 Consumption in China Is Unlikely to Bounce Back Much This Year, Experts Say

(Yicai Global) Jan. 20 -- An uptick in China’s consumption will probably be limited this year, despite the recovery of consumption being put at the top of the agenda by the country’s ministry of commerce, as people have become more cautious about spending since Covid-19, experts told Yicai Global.

Now that pandemic preventions measures have been lifted, curbs on consumption have ended and some people will be making purchases that they put off before, the experts said.

However, over the past three years, people in China have changed their view on uncertainties and risks and it will be hard for them to start spending freely again in such a short period of time, they said. Many have experienced setbacks in their career, their income has not improved much and their future earnings do not look much better.

This year will be “a year of spurring consumption,” which means the recovery and expansion of consumption will be prioritized, Vice Minister of Commerce Sheng Qiuping said yesterday.

The rebound in consumption depends on two main factors, Wang Qing, chief macroeconomic analyst at Golden Credit Rating, told Yicai Global. The first is whether the cooling real estate sector can achieve a soft landing around the middle of the year, which will determine the future tendency of property purchases.

And the second is whether there will be plenty of incentives to boost consumption, such as issuing coupons and subsidies as well as offering more tax breaks and fee reductions, Wang Qing said. But none of these factors are certain.

There will be a modest uptick in spending this year, but it is unlikely to grow by 9 percent or 10 percent, said Lu Ting, chief China economist at Japanese brokerage Nomura.

The total retail sales of consumer goods will hopefully recover to 8 percent this year from the year before, Wang Qing said. Spending on discretionary products will lead the recovery of that on commodities.