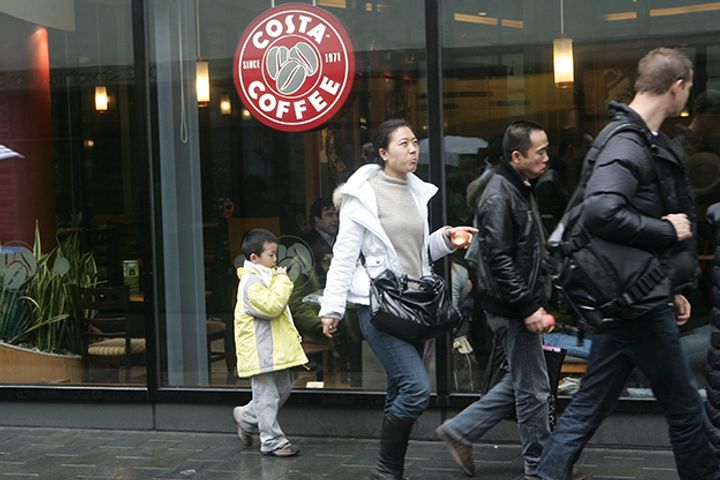 (Yicai Global) Oct. 11 -- UK coffee chain Costa has bought back all its original stake in its South China stores from its Chinese partner, The Paper reported.

Yueda Costa is a joint venture Costa and Jiangsu Yueda Group formed for CNY310 million. Costa has hitherto held a 51 percent share of Yueda Costa, which operates 252 coffee shops in South China (but also in East China, central and western China), of which 93 are in Shanghai.

The acquisition will not affect Hualian Costa (Beijing) Food & Beverage Management Co., a joint venture in which Costa and Beijing Hualian Group each invested 50 percent. Costa will continue to cooperate with Beijing Hualian in North China (including Beijing, Tianjin, Hebei province and China's Northeast region).

Costa opened its first Chinese store in Shanghai at the end of 2006 and entered the Beijing market in the second half of 2008. The total number of its China stores may swell to around 700 by 2020, it advised in its annual report.