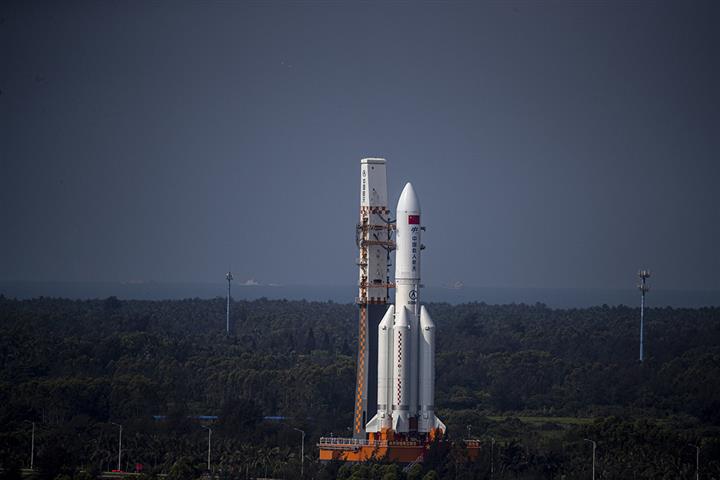 (Yicai Global) April 23 -- China is getting ready to launch the core capsule of its first space station into orbit, which will be soon followed by three astronauts who will assemble and operate it, the China Manned Space Agency said today.

Following final assembly work and tests, the Tianhe core capsule and Long March-5B Y2 heavy-lift rocket are ready to be launched from the Wenchang Spacecraft Launch Site in southern Hainan province, the CMSA said. At 16.6 meters long and with a diameter of 4.2 meters, the Tianhe core module is the largest object ever developed by China to enter space. It has a lift-off weight of 22.5 tons.

Although timings have not been specified, the launch could be as soon as later this month and will be followed soon afterwards by a three-man astronaut crew who will be part of the Shenzhou 12 space mission that will lift off from the Jiuquan Satellite Launch Center in northwest China, the CMSA said on April 15.

It will take 11 missions over the course of two years to construct the highly anticipated manned space station, which has a modular design and can be assembled in orbit, according to the China National Space Administration. It will be manned by seven space pilots, seven aeronautical engineers and four load experts.

Once complete, the space station will have a total weight of 90 tons and a design life of 10 years. It will operate as a space laboratory to carry out scientific research and technical tests both inside and outside the capsule.