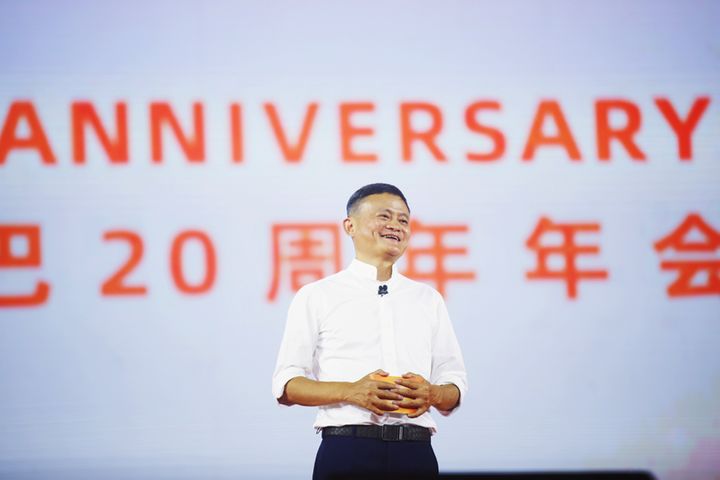 Under his leadership, Alibaba will push globalization and promote the big data and cloud computing sectors, Zhang said at the firm's annual meeting the same day. The future of the Hangzhou-based company will be based firmly in having fun during the purchase, sale and transport of goods on a global scale, he added.

Ma, a former English teacher, founded Alibaba two decades ago and built it into China's most valuable listed technology company, becoming the country's richest man in the process. He announced his intention to hand over to Zhang a year ago, so the transition could be well planned for.

Ma is adamant his departure does not mean throwing in the towel. It will be a new beginning and he will be looking for new business ideas, he said, adding that entrepreneurship keeps you young. He turned 55 yesterday.

Alibaba's shares [NYSE:BABA] fell 1.6 percent yesterday to close at USD174.99 each, valuing the company at USD455.6 billion. The stock has more than doubled since the company listed at USD68 a share in New York in September 2014.

The firm also unveiled plans yesterday to upgrade its mission statement and values, with a focus on making it easy to do business anywhere in the world. Alibaba aims "to be a good company that will last for 102 years, rather than to purse power or scale," it added, saying it "seeks to serve 2 billion consumers, create 100 million jobs and help 10 million small- and medium-sized companies to thrive by 2036."

Alibaba's two primary retail platforms, Taobao and Tmall, had a cumulative 755 million monthly active users as of the end of June, up 34 million from March, according to its latest financial report. They had 674 million annual active users in the year ended mid-2019, up 20 million from the 12-month period ended March 31.