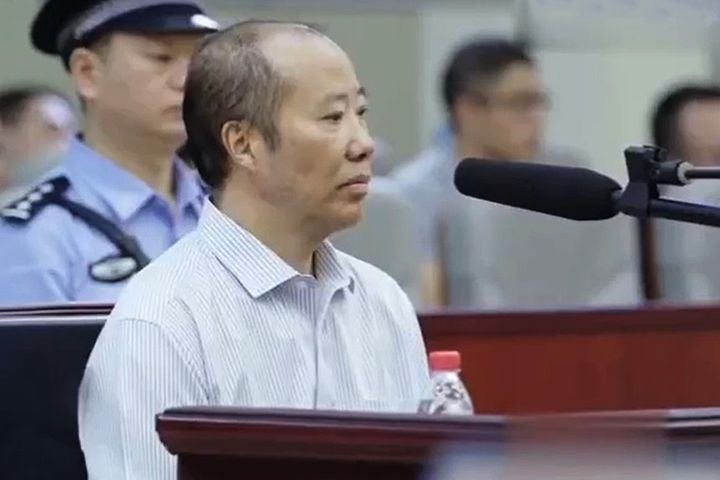 (Yicai Global) Jan. 14 -- New details are forthcoming in the cases of Yuan Renguo, ex-chairman of famed distiller Kweichow Moutai Group, and Wang Xiaoguang, former vice governor of China's southwestern Guizhou province where the liquor maker is located, who were charged with corruption.

Wang allegedly abused his power to seek private gain for many years, such as by borrowing from companies to trade in the stock market and repaying them after making a profit, earning CNY160 million (USD23.2 million) from CNY490 million in transactions, according to new details in the case state broadcaster CCTV released yesterday.

The price of Moutai liquor soared in 2009, and Wang acquired the franchise to four of its outlets for his family members from Yuan, who was then general manager of the firm, and these four stores have received 131.48 tons of a Maotai liquor sales quota over the past seven years and have thus far earned over CNY40 million, Xia Xiaodong, deputy director of the regulatory department of China's National Supervisory Commission, explained.

Yuan used his power to illegally grant franchise licenses for personal gain. His wife and children have also realized more than CNY230 million by illegal operation of Maotai liquor since 2004.

Yuan's successor Liu Zili also yielded to the temptation of sitting atop the world's most valuable liquor maker by market cap, which topped USD200 billion last year, and was arrested and charged with corruption in September, the same time Yuan pled guilty, various media reported.

China's National Supervisory Commission started probing Wang in March 2018. Aware he might be under investigation, Wang began colluding with people involved in the case, meeting them in parks and buying phone numbers to contact them using secret codes.

Wang also started to conceal and destroy bribes. He poured 4,000 bottles of the most expensive vintage liquor down the toilet in his home.

His case was referred to the prosecutor's office for review and prosecution in September 2018 and he was sentenced to 20 years.

Yuan was arrested for allegedly accepting bribes in May, and his case is underway.