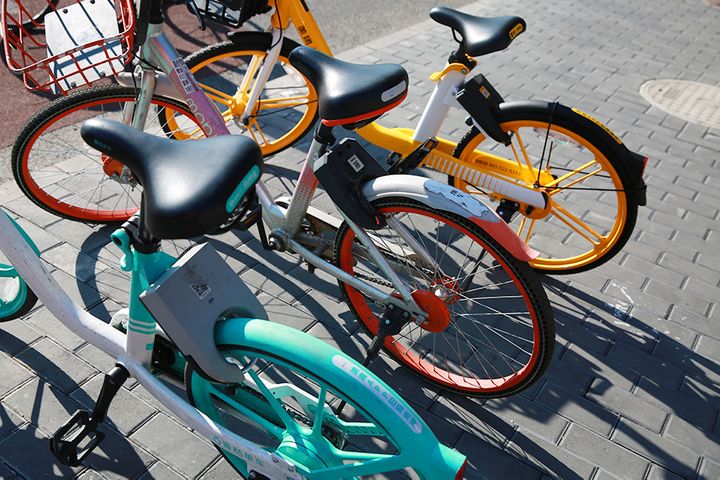 Didi, Mobike to Halve Number of Shared Bikes on Beijing Streets by Year-End

(Yicai Global) Aug. 29 -- Mobike Technology and the bike-sharing arm of Didi Chuxing will remove at least half of their bicycles from the streets of Beijing before the end of this year, according to the local transport commission.

Didi will start by removing 150,000 of its 250,000 Bluegogo bikes from the city and replacing them with 75,000 new Qingju cycles, the Beijing Municipal Commission of Transport said on Weibo yesterday.

Many of the Bluegogo bikes, which Didi obtained when it took over bankrupt Bluegogo International via a trusteeship in January 2018, are coming to the end of their life cycle, Didi said, adding that the replacement is in the interests of safety and user experience. It set up its own Qingju brand in January this year.

Beijing riders used shared bikes an average 1.6 million times a day throughout the first half, according to official data. That works out at each bike being used 1.1 times per day, and only about 30 percent of bikes are being used.

Meituan Diaping, which bought Mobike in April last year for USD2.7 billion, has also been replacing the original orange Mobikes with its own branded cycles. Mobike brought in an additional CNY1.5 billion (USD210 million) in revenue during the remainder of 2018, chipping in 2.3 percent of Meituan's total, but made a CNY4.5 billion loss over the period, which was more than 40 percent of its overall deficit.