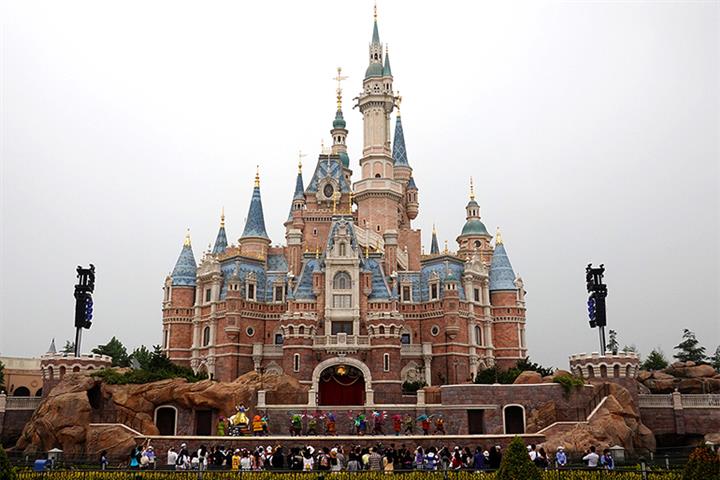 (Yicai Global) July 26 -- Shanghai’s tourist attractions, including Disneyland, have been forced to close since yesterday as typhoon In-Fa made landfall.

Shanghai Disney Resort and its commercial street Disney Town have been shuttered since yesterday, according to the theme park’s website. Affected ticket holders can choose to visit in the next six months or apply for refunds, it said.

In-Fa, this year's sixth typhoon, came ashore yesterday in Zhoushan, Zhejiang province, and reached the coastal areas of Zhejiang and Shanghai this morning, bringing strong winds and heavy rain. All flights and high-speed trains to and from Shanghai and Zhejiang have been suspended.

Shanghai’s southwestern Jinshan district was one of the areas where the typhoon made landfall. Coastal attractions in the area, including Fengjing town, closed on July 24. Some indoor venues, including the Shanghai Sports Museum, also shut over the weekend, with performances and exhibitions postponed, Yicai Global learned.

Online travel agencies such as Trip.Com, Qunar, Tongcheng-Elong and Lvmama will offer refunds or itinerary changes to people whose travel plans have been disrupted by the typhoon.