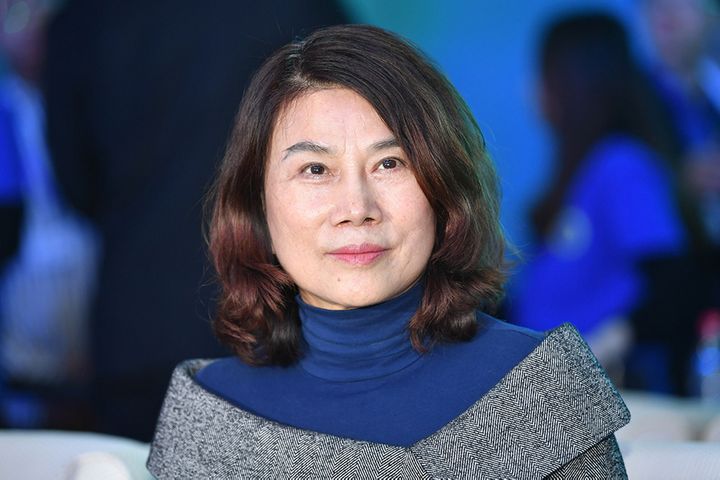 (Yicai Global) Feb. 13 -- China's 'Iron Lady' Dong Mingzhu has topped the Forbes China Top 100 Businesswomen List for the second year after missing out on the crown for the past two.

The 65-year-old chair of appliance maker Gree Electric may well be the first Chinese women to make her way onto the Forbes Global Billionaire List, the business media outlet said when it published the rankings yesterday. Dong, renowned for her hubris, helped Gree raise CNY41.7 billion (USD6 billion) in funds last year and landed her management team a 4 percent equity bonus.

The list, which became a top 100 list in 2017, does not disclose the executives' estimated wealth. It ranks the women based on the scale and quality of their firms, how many staff they lead and their internal and external influence.

The 100 companies managed by the leading ladies had a value of nearly CNY10 trillion (USD1.4 trillion), with more than half of the listees having a master's degree or above and nearly 90 percent having a bachelor's.

Shanghai, Hangzhou and Beijing were the cities with most names on the list, while the technology, media and telecoms industries had nearly a quarter, followed by finance, real estate and medicine.