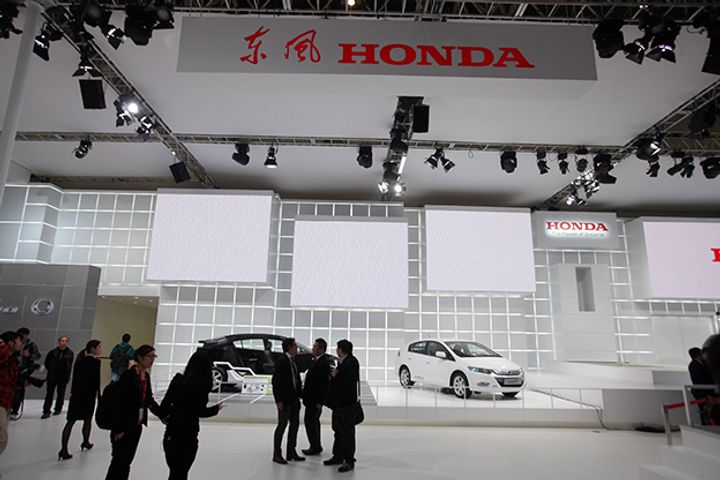 (Yicai Global) March 2 -- Dongfeng Honda Automobile Co. dealers have halted sales and confirmed that a screenshot of an internal document circulating online, which advised them to stop selling cars after the company took flak for having to recall 350,000 Civic and CR-V models, is genuine.

The carmaker outperformed the Chinese auto market last year, selling 714,000 vehicles, 25 percent more than 2016. It became the first company in Wuhan, Hubei province, to output more than CNY100 billion (USD15.7 billion) in a single year. However, the Administration of Quality Supervision, Inspection and Quarantine took the firm in for questioning on March 1 after it recalled vehicles with an engine problem that led to petrol collecting in the lubricant oil pan.

The Department of Law Enforcement and Supervision said during the meeting that the carmaker's recall would not fully resolve the issue, and that it would need to find a better solution and take action as soon as possible. The department also advised Dongfeng Honda to extend the warranty period on its vehicles and take other measures to address consumer concerns.

Dongfeng Honda recalled the vehicles on Feb. 12. It had extended the engine warranty period of effected vehicles by six years or 200,000 kilometers on Feb. 2 after advising in December that if the engine oil level did not surpass 30 millimeters, it would not affect driving.