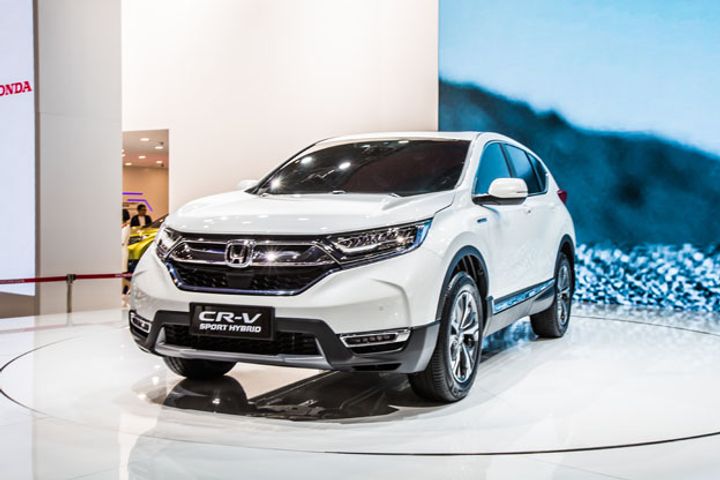 (Yicai Global) Jan. 24 -- Dongfeng Honda Automobile Co. said it will deal with a problem that affected its CR-V model, causing motor oil levels to rise. The company will introduce a solution before the Lunar New Year and change the oil on vehicles whose level exceeded the upper limit.

Neither a defect nor a quality problem made car's oil level go up, the Chinese-Japanese joint venture said. The group will offer an official fix for the issue before Feb. 16.

The phenomenon does not pose any safety risk, and thus a recall is not necessary, Securities Daily quoted China Passenger Car Association Secretary-General Cui Dongshu as saying.

A lack of oil or an increase in its level can affect engine performance, and CR-V owners should go to certified Dongfeng Honda 4S (sale, spares, service, survey) stores for an oil level check to ensure normal operation of their cars, Cui said.

Established in 2003, Dongfeng Honda is a joint venture between Dongfeng Motor Group Co. and Honda Motor Co. It produces and sells automobiles in China. It sold 727,000 units last year, marking an annual increase of 22 percent.