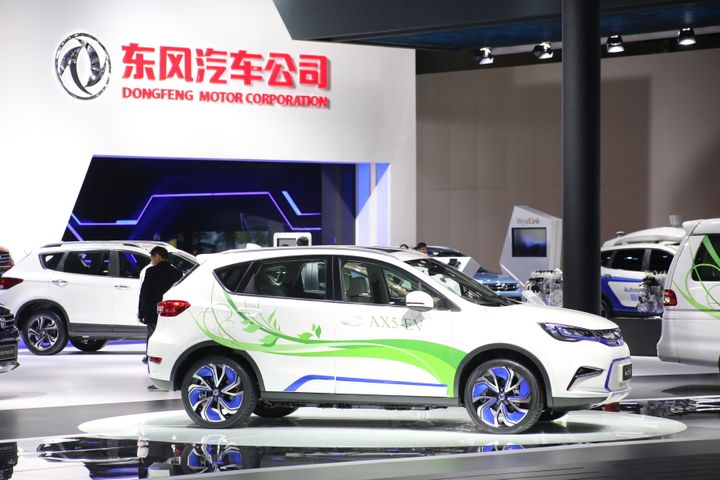 Dongfeng Motor Looks to NEVs to Boost Sales by 2022

Dongfeng Motor is targeting sales of 2.6 million vehicles annually by 2022, up from 1.5 million last year, the Wuhan-based firm's President Jun Seki said in an interview, adding that NEVs will contribute just under one-third.

The company, a joint venture between major state-owned carmaker Dongfeng Motor Corporation and Japan's Nissan Motor, will bring out 22 NEV models by 2022 to support its assault on China's fast-growing electric car market.

The country is a key battleground for the development of NEVs globally. Some 605,500 plug-in passenger cars were sold in China in 2017 as the nation captured a 49-percent share of the global NEV market and grew 30 times faster than the worldwide average, according to data from industry researcher EV Volumes.

The company will launch its first pure electric passenger car model, the Nissan Sylphy EV, in the second half of this year and roll out three pure EVs under Dongfeng Venucia name next year. The firm will also make efforts to localize the production of key components within the next 12 months.

Dongfeng Automobile, which started researching new energy commercial vehicle technology as early as 2005, failed to gain a foothold in the NEV market initially. However, its business began to make explosive growth last year with sales reaching 28,500 vehicles, accounting for about 20 percent of its total sales.

Long-haul heavy-duty trucks are expected to be dominated by diesel vehicles for a long time to come but logistics firms in first and second-tier cities are accelerating the electrification of delivery vehicles, and they could become an important growth point in the future, Li added.