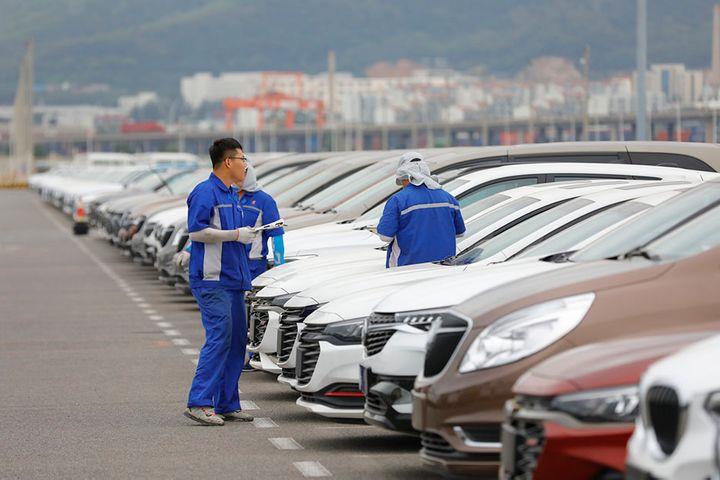 (Yicai Global) April 10 -- Car sales in China, the world's biggest market for vehicles, are unlikely to recover to year-earlier levels this quarter despite a significant pickup, The Paper reported a leading auto industry body as saying.

But the China Association of Automobile Manufacturers expects second-half sales to match or exceed those in the year-earlier period thanks to government support amid the coronavirus outbreak and automakers' own efforts, the report said. But China's automakers will feel the aftershocks of the Covid-19 pandemic overseas.

The decline in production and sales slowed sharply last month, the CAAM said. Output surged fivefold to 1.422 million units in March from February, while sales climbed more than fourfold to 1.43 million. But the figures were down 44.5 percent and 43.3 percent from a year earlier, with a decline of 35.3 percentage points and 35.8 percentage points, respectively, from February, the CAAM said.

Last month, with the coronavirus outbreak effectively under control in China, companies gradually resumed production and operation. The CAAM collected information from 23 carmakers. Producers returned to work and recovered 75 percent of last year's average output level, with 86 percent of employees back at work.

The pandemic has not yet abated, so demand is still soft. But with the gradual roll out of national and local government policies, the market upturn will speed up.

Output and sales of new energy vehicles last month were also better than in February, with a significant rise on a monthly basis and slower decline on a yearly basis than that in February.

China produced 3.474 million vehicles and sold 3.672 million units from January to last month, down 45.2 percent and 42.4 percent, respectively, from a year earlier.