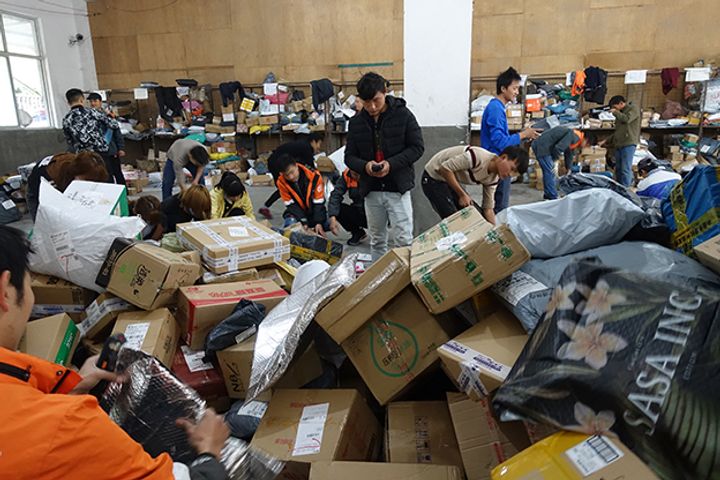 (Yicai Global) Aug. 10 -- A growing majority of parcels that are destined for Russia come from China, which shows the increasing popularity of e-commerce platforms.

In the first six months this year, Russian Post handled 30 percent more international packages and letters than last year, with the total number of them rising to over 191 million items, the local postal service reported, adding that 84 percent of the parcels originated from China.

The reason behind the jump in volume is the increasingly popular e-commerce platforms. Local Mail.Ru's Pandao which focuses on Chinese goods and American eBay topped the ranks, followed by Alibaba Group Holding's AliExpress and Latvian Joom, both of which offer products that are mostly made in China, Russian news agency Sputnik News reported.

Sending a package from China to the Russian capital of Moscow takes from seven to ten days, and 14 days to other areas in the Eurasian country, while Russian Post is planning to shorten the time of delivery with some logistics upgrades worth RUB30 billion (USD454 million).