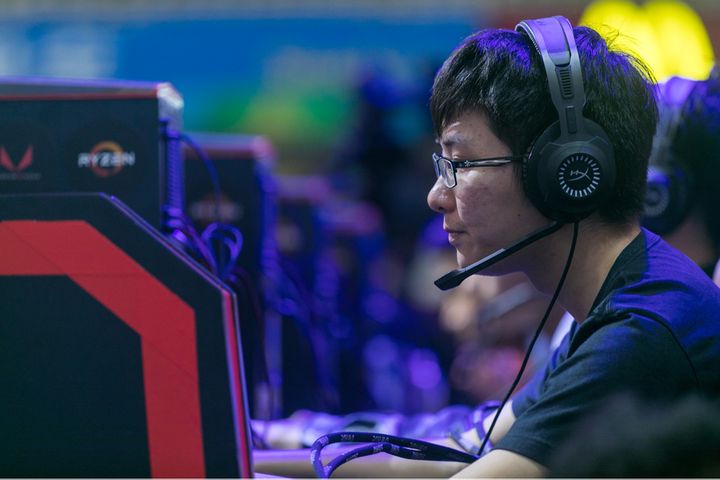 Some 500 games have been postponed or canceled for the first two quarters of this year due to the novel coronavirus outbreak, according to the Shanghai E-Sports Association. This has caused direct losses of CNY1 billion (USD142.8 million) to 30 Chinese e-gaming hubs, he added.

"All market sectors involved in holding e-sports events have been hit," Zhu Qinqin, vice president of the Shanghai E-Sports Association, told Yicai Global. These include clubs, venues and training organizations, he added.

"Many of last year's deals on brand sponsorship and cooperation now need to be reworked as many venues have had to be canceled due to the games being called off," one investor in an e-sports center said.

Most of China's e-sports clubs are already in the red. Basically revamped versions of the internet café, they rely for income on hosting professional gaming competitions as well as advertising. Both forms of revenue are unstable. In the meantime, they must pay staff salaries, venue operational costs as well as logistics expenses.

The Tencent League of Legends Pro League, China's top professional league of the hugely popular e-sports tournament, only got underway on March 9, a delay of one month. For the first time, the competition did not take place in a physical space, but was livestreamed to an audience of over 10 million. All players and commentators wore face masks.

These brick-and-mortar hubs enjoy a symbiotic relationship with the e-sports sector. By bringing in the professional gamers and a live audience, they produce a high-energy atmosphere and allow for greater fan engagement. However, such large gatherings are no longer possible during the epidemic.

"With so many offline games delayed or canceled, Amazing Center can only host online games for now," he added. This has led to huge operational difficulties as online content has its problems and it takes time to connect resources, he added.

The sector is being forced to move back online, several insiders said. In the past few years, many efforts have been made to improve the commercialization of e-sports through the integration of online and offline operations.

But it is difficult for e-sports firms to find a balance between their online and offline businesses, Ren said. Large players have the resources to spread their content both ways, but with the shift to online gaming, many small and medium-sized operators must either wholly transform to online or shut down.

Shanghai-based Pengta is prioritizing hosting online tournaments and will promote live gaming content as its new growth point. It has also decided to bring forward its online training courses to the first half from the second half.

The e-games tutoring market has boomed as the epidemic forced people to stay indoors and many young people have been killing time playing video games. Keen to improve their technique and to see a quick jump in their scores, a lot of these amateurs have been hiring experienced players as instructors and gaming companions.

Bixin has already signed deals with 14 leading professional e-sports teams in China this year, triple the number in 2019, Du said. The platform aims to cultivate users by leveraging the appeal of team brands while at the same time training reserve talent for these teams.

Once the epidemic has passed, the entire sector needs to re-consolidate and take stock. Whether firms were able to transform their operating model and find a new means to profitability in a short period of time will be a measure of the resilience of the industry, Ren said.