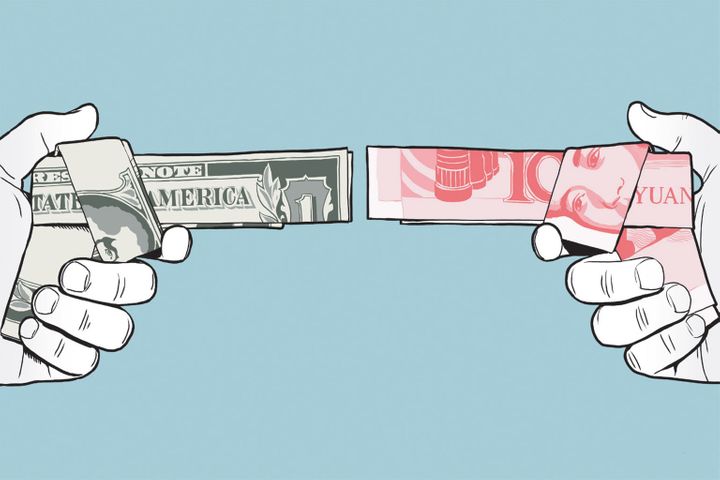 (Yicai Global) July 7 -- With additional tariffs on Chinese products worth 34 billion U.S. dollars made effective on Friday, the United States has taken a dangerous step that will take a toll on its own economy.

U.S. exporters stand to lose, as they will miss out on the massive tariff reductions by the Chinese government, which is determined to open its market wider.

Importers of Chinese goods will have a hard time, as they will have to go elsewhere to source products, the prices of which may have already gone up.

A survey on CEOs of 200 large U.S. enterprises showed that 90 percent of the executives were anxious about higher costs brought by trade frictions, and 95 percent of them regarded a potential slump in exports resulting from foreign retaliation a moderate or significant risk.

Recent economic and capital market data showed that the arbitrary decision by the Trump Administration has brought painful results.

China's exports to the United States increased by 5.4 percent in the first half, 13.9 percentage points slower than the same period last year, customs data showed.

The U.S. decision to pursue a trade war has eroded the confidence of importers, and could cause a mess in the global supply chain, said Li Yong from China Association of International Trade.

Wall Street has already expressed its fears. The Dow Jones Industrial Average shed 1,000 points from a high in mid-June, while the S&P 500 has also retreated notably since concerns about a trade war started to loom.

According to estimates by the Organization for Economic Cooperation and Development (OECD), if tariff hikes in the United States lead to countermeasures in other countries, global trade costs will climb by 10 percent while total trade volume will drop by 6 percent, dragging down the global economy by 1.4 percent.

"If the United States starts imposing additional tariffs, it will actually be charging taxes on firms both in China and around the world, as well as American companies," Ministry of Commerce spokesperson Gao Feng said at a press conference Thursday.

Gao pointed out that China is an important supporter and participant in economic globalization and the global industrial chain, and many of its export commodities are products made by foreign enterprises in China.

"Around 59 percent of products worth 34 billion U.S. dollars subject to additional tariffs are made by foreign firms in China, with American firms making up a considerable part," Gao said.

Trade issues aside, the investment environment in the United States has deteriorated recently, leading to fears that foreign investment into the country could decline significantly.

The policy shift is causing confusion among Chinese enterprises, which is becoming a source of local employment.

According to a Rhodium Group report, Chinese direct investment in the United States was estimated to be 1.8 billion U.S. dollars in the first five months of 2018, down 92 percent from the same period last year.

"On one hand, the United States hopes to attract foreign investment, which brings jobs. On the other hand, it is expanding restrictions on investments. Such inconsistent information will leave many investors confused," said Zhu Hong, minister-counsellor for economic and commercial affairs at China's embassy in the United States.